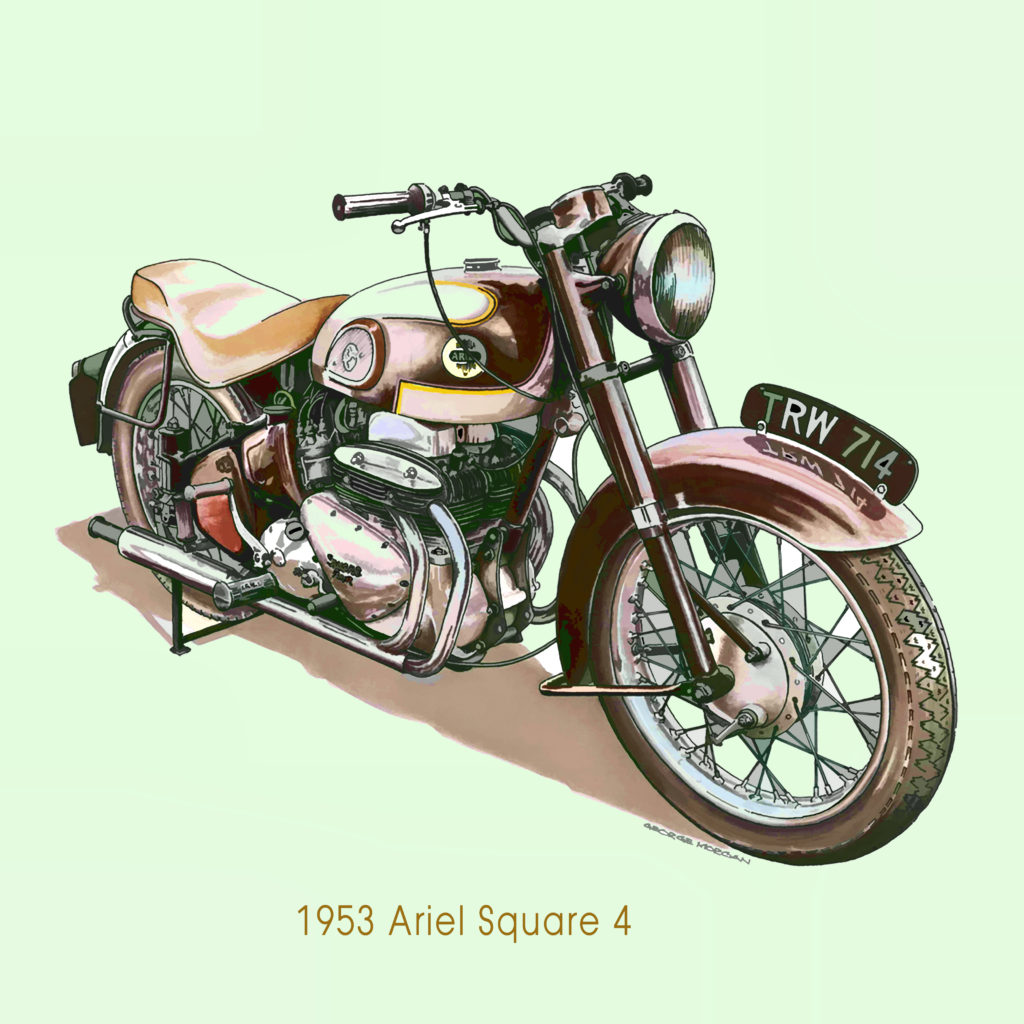 The Ariel Square Four was one of the most glamorous and best known British motorcycles. In production for 27 years, it was a mainstay in Ariel’s line of motorcycles.

Its story begins almost 80 years ago when, legend has it, a young engineer named Edward Turner — later to find fame as boss of Triumph — sketched a “square four” engined motorcycle on the back of a cigarette pack. Turner offered his design to a string of motorcycle manufacturers before being hired by Ariel in 1928.

Turner’s innovative design featured chain-driven single overhead camshafts, and was effectively two parallel-twin engines with their crankshafts geared together and turning in opposite directions. This had the advantage of being not only very well-balanced but also compact, which allowed the original 497cc engine to be fitted to a slightly modified Ariel single-cylinder chassis, saving the firm from Selly Oak in Birmingham both money and development time.

Ariel launched the original 500cc Square Four in 1930 and added a more powerful 600cc version two years later, mainly for the benefit of the many owners who added a sidecar. But Turner’s engine design had many problems, especially overheating of the rear cylinders. In 1937, after Turner had left Ariel, these problems were addressed by Val Page, another of the British motorcycle industry’s most famous names, with a revamped pair of Square Fours in 600 and 1000cc capacities, known as the 4F and 4G, respectively.

We acquired our own Square Four in June 2016.  1953 was the first year of the MK II model, sporting 4 individual exhaust pipes.  It had been neglected for some time, and had not run for at least 2 years, but some tender loving care has brought it back to its former glory.

Some classic bike experts say the Ariel is currently undervalued in the classic market.  The bike was definitely considered a premium brand in its heyday, and is quite rare, there having been less MK II bikes manufactured than the highly sought after Vincent Black Shadow.

Riding the Ariel is a rewarding experience.  Its 45 horsepower would be considered quite anemic by today’s standards, but in the early 50’s, it was quite competitive (a same year Triumph 650 Thunderbird offered just 34 horsepower), and was considered one of the high-end motorcycles of the era, and could easily “Do the ton (100 mph)”, a feat not easily accomplished in the early 50’s.

The engine starts almost always on the first kick, and is ready to pull right off with minimum warm up.  This is not a high-revving engine, nor does it need be, as low-end torque is abundant to provide spirited acceleration.  The bike handles beautifully, turning into a curve with a minimum of pressure on the bars, and with nary a wobble or twitch.

The transmission shifts butter-smooth, making it almost impossible to miss a shift.

The sprung solo seat (my own addition, as I felt a bike of this vintage demanded the solo-seat look) helps soften the ride of the old-school plunger-style rear suspension.

Finally, the sounds of this beautiful engine are reminiscent of a vintage dual cam Ferrari.. a cacophony of multi-frequence gear noises, due to the geared crankshafts, and not unlike the hotrodder-preferred geared timing drives on small block Chevy engines.

My favorite aspect of the bike is just the visual representation of old-school British craftsmanship at its finest.  Polished aluminum components unlike anything that ever came from Japan or the United States.  It is akin to riding a classic work of art!

Sadly, a notorious weakness of the Square 4 engine’s design was inadequate oil passages in the crankshafts, which led to early fouling, and ultimately internal failure, usually a broken rod at the aft Number 3 cylinder.  My own engine suffered that exact fate not 4 months after my acquisition, and it has been a long process to recovery from that catastrophic failure

Now, two and a half years later (December 2018), my engine has been completely rebuilt, and will hopefully soon be part of a completed bike! Notes on my rebuild process can be found below.

Installing Pistons in the Cylinder Block 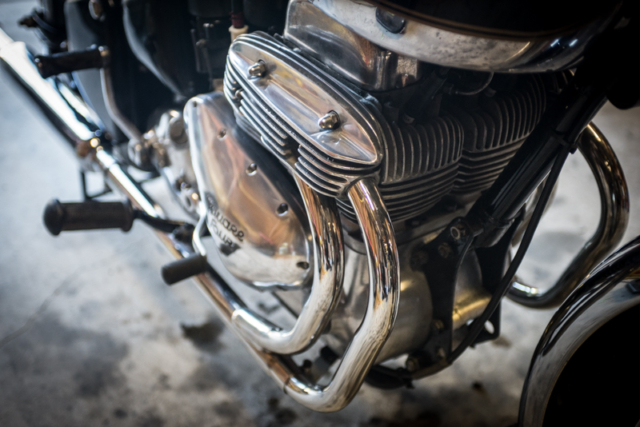 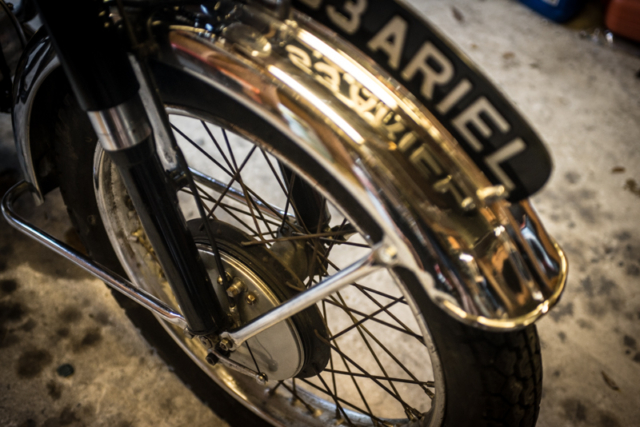 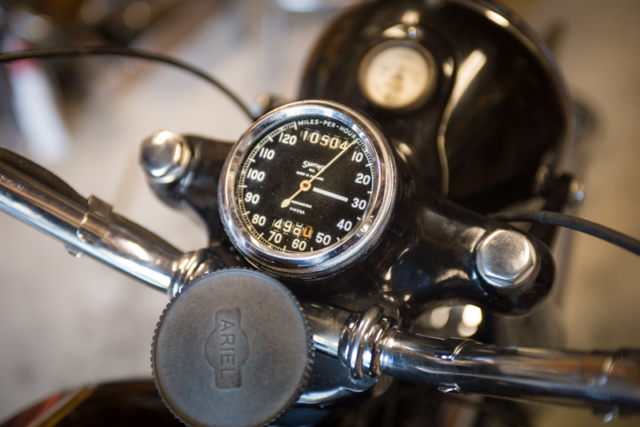 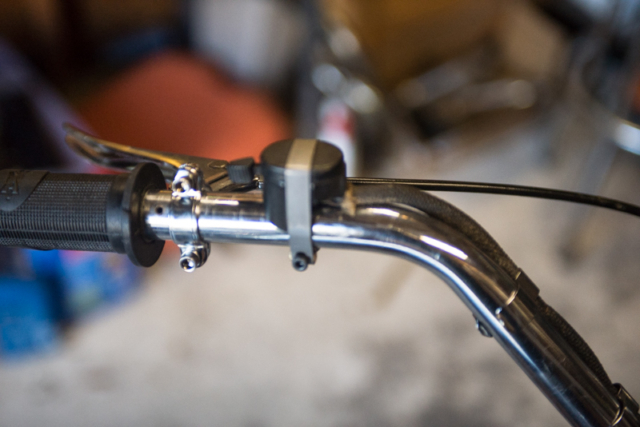 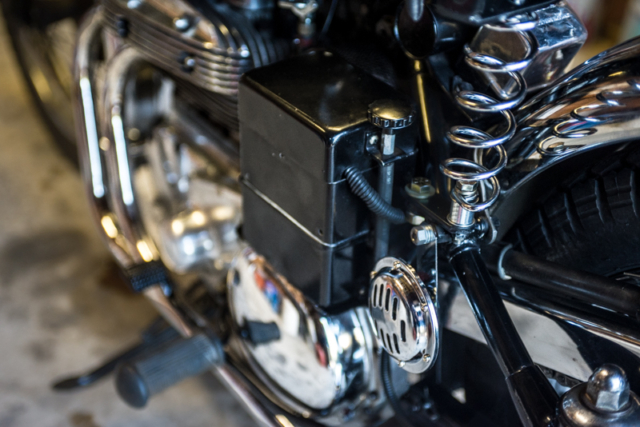 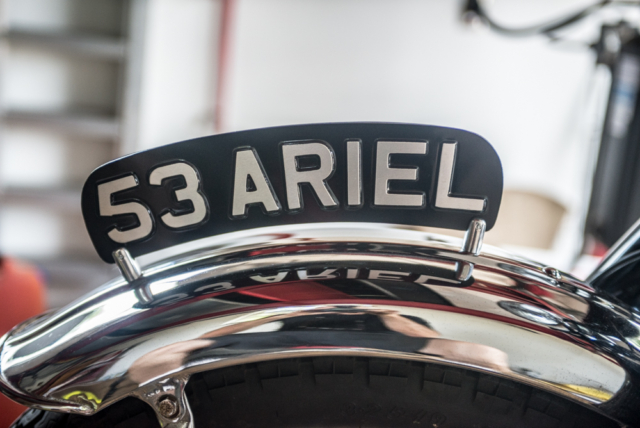 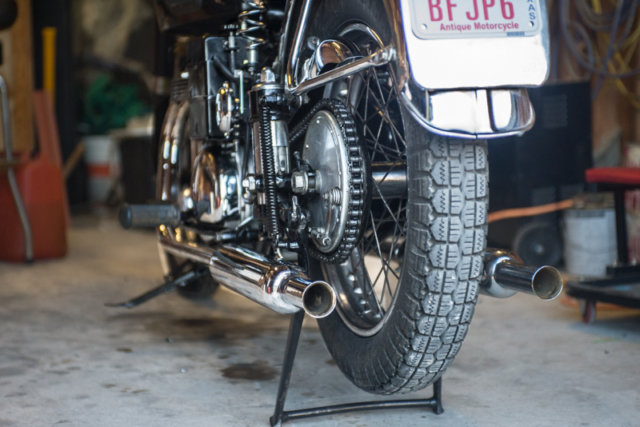 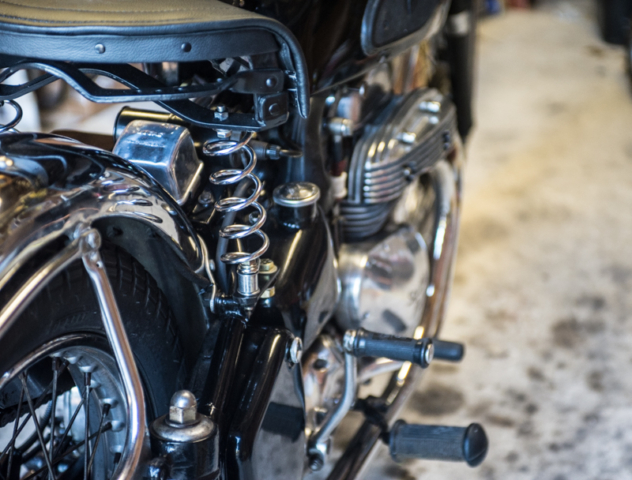 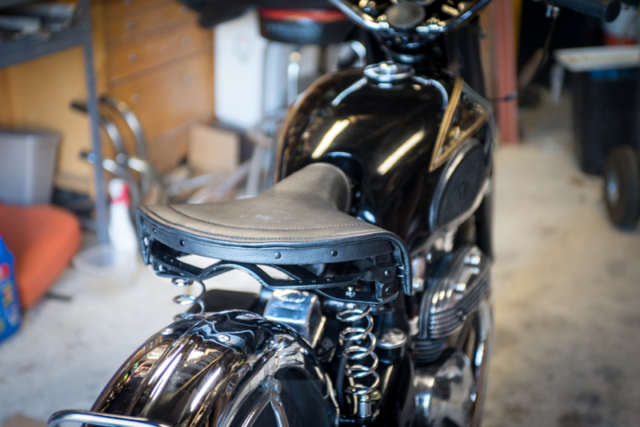 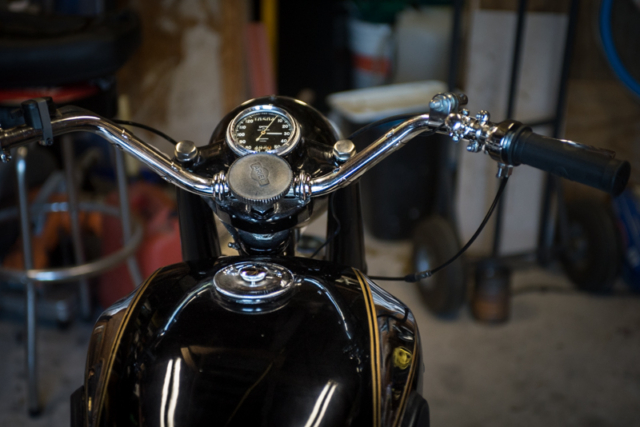 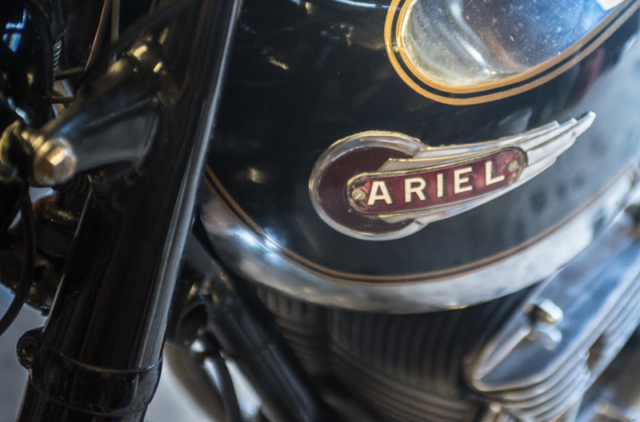 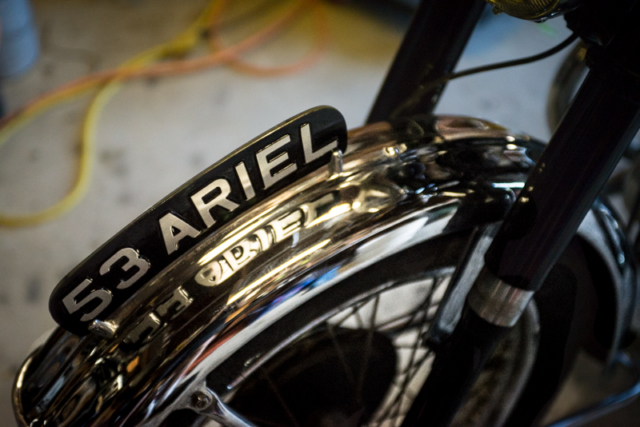 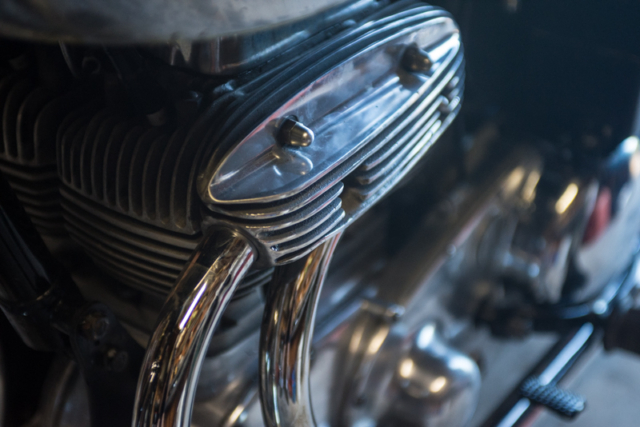 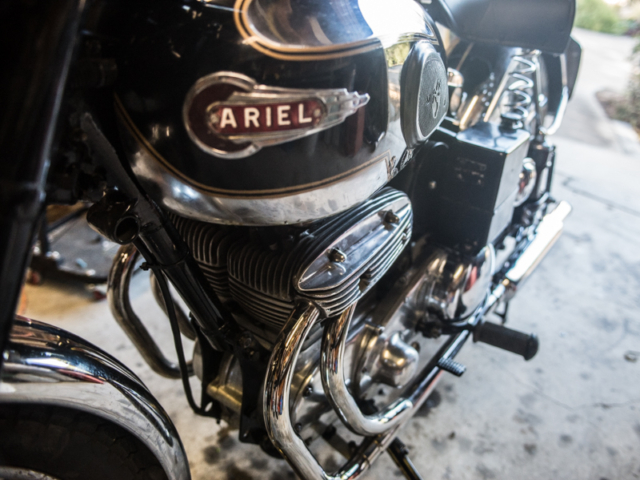 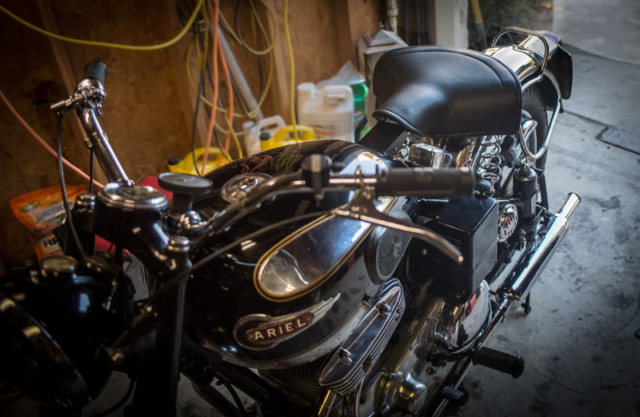 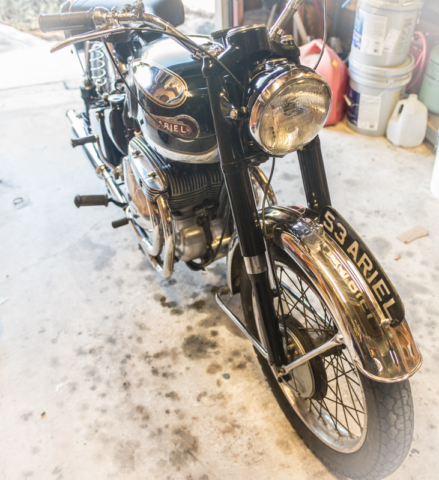 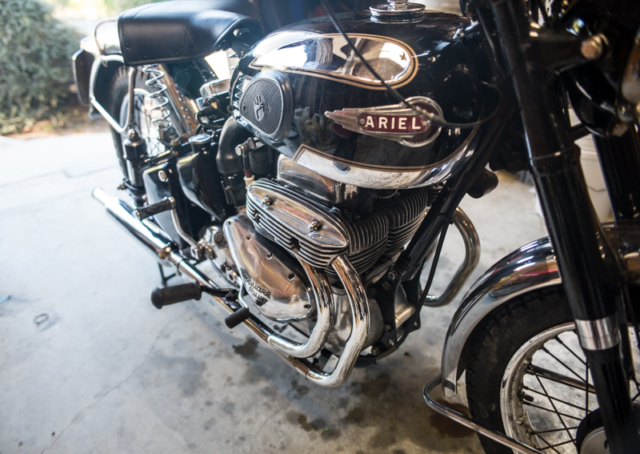 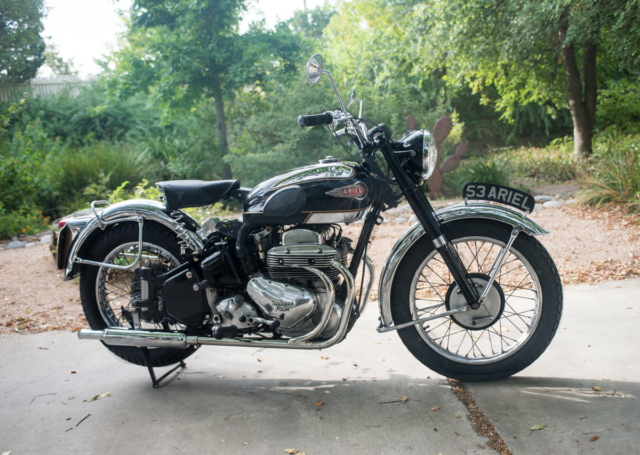 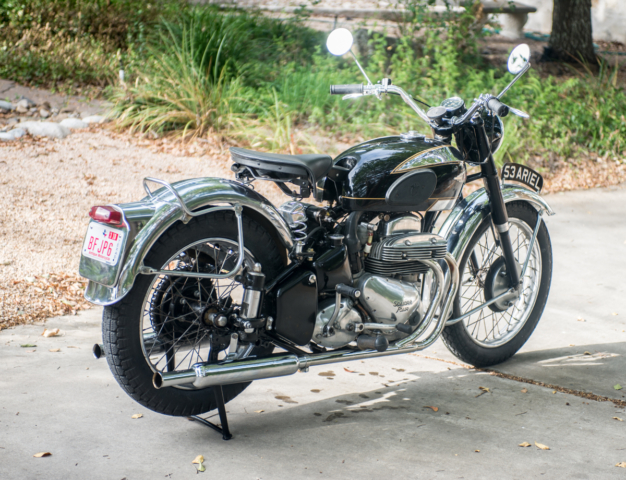 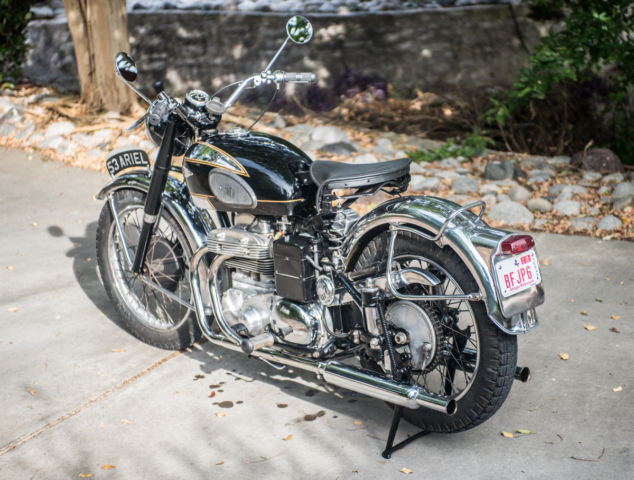 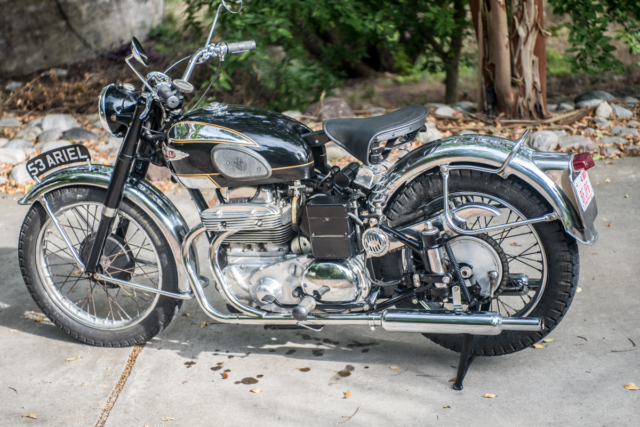 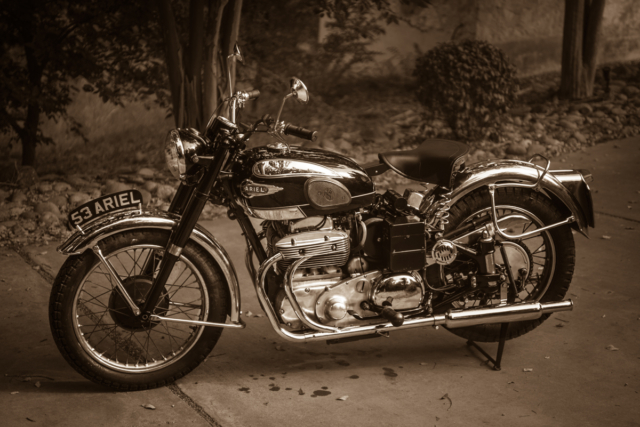 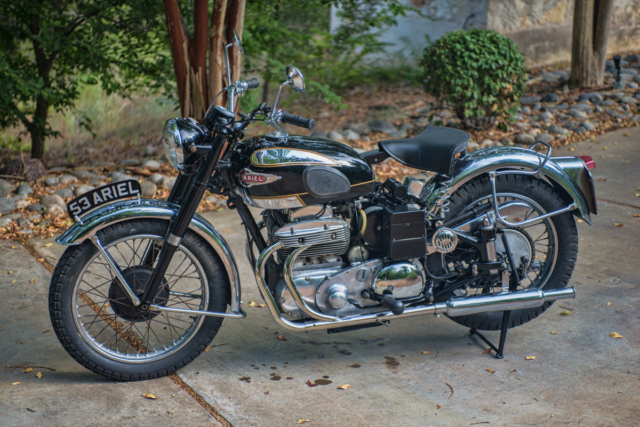 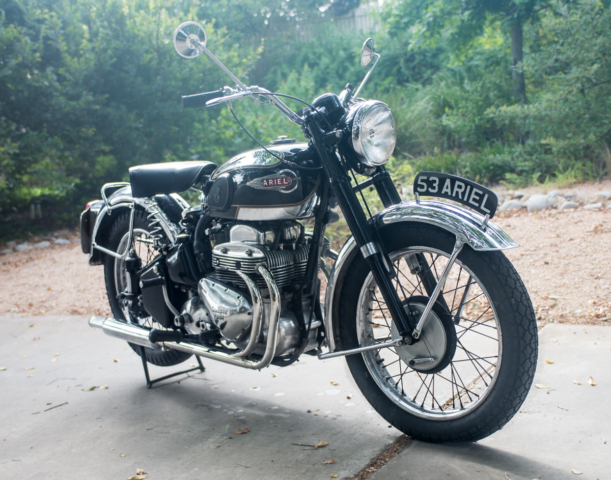