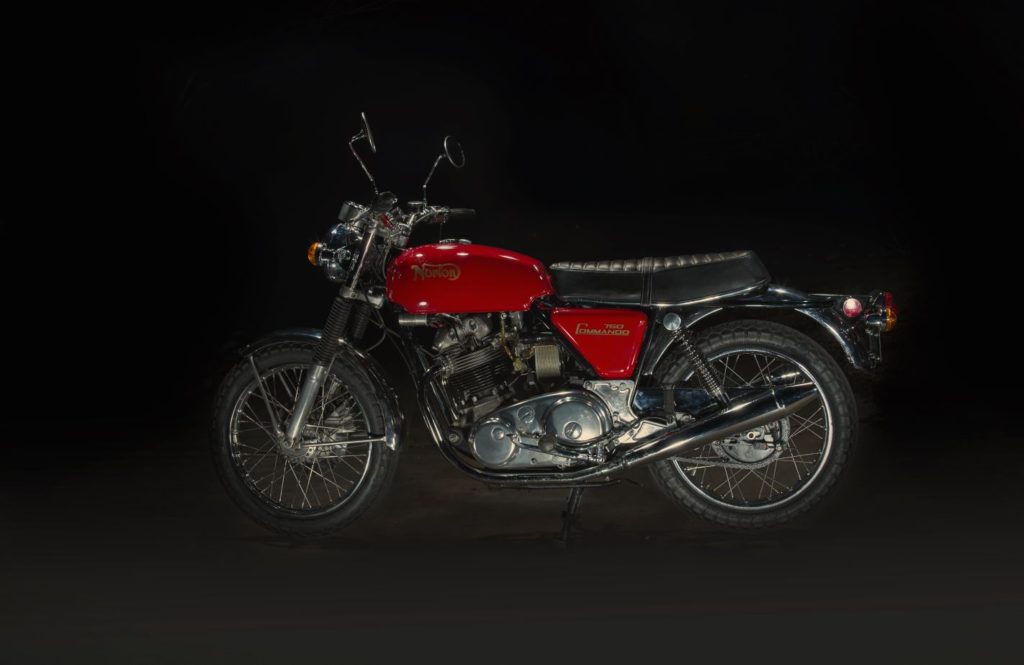 My first foray into British bike ownership (well, second actually, if I include the Triumph Tiger Cub I had while in college at Baylor), was a beautifully restored 1968 Triumph T120R Bonneville.  These bikes are just incredible works of art, and I took great pleasure in its ownership, especially it was in near-museum-quality condition.  However, the Triumph ownership just egged me on to acquire yet another British bike, and so it was that I became acquainted with the West Coast owner and seller of my 1972 Norton Combat Commando.  This bike came to me in condition almost rivaling the Triumph, but exhibited a bit of having-been-ridden patina.. the perfect condition for a bike one hopes to exercise.

The first time I started and rode the Norton, I was completely hooked!  It took me just one short 15 mile ride to decide “Now this Norton IS the bike.. The Triumph is a pretender”!  In no time, the Bonneville had found a new owner (with a rare small but positive profit for my 1 year’s ownership), so that I could give full attention to the Norton.  Short of needing new tires (as presented by the seller.. the existing ones had virtually unmarked tread, but way too old to be trustworthy), I have had to do nothing to the Norton except climb on and ride.

Of course, this is a kick-start only bike, in true British tradition, with gear shift and brake pedals reversed left-to-right from what is now considered “standard”.  Amazingly, by following the correct starting procedures (tickle each of the dual carbs for 6-7 seconds to “flood” the intake, while leaving the choke inactive; with key off, kick over twice to get fuel up into the heads; turn on the ignition, take a deep breath, and stand on that kickstart pedal).. it consistently roars to life on the first kick, even if the bike has been sitting up for awhile.

One caveat.. this high compression “Combat” engine packs quite a wallop.  Approach that kickstarter with the slightest degree of timidity or uncertainty, and the bike will spit you out without a start!  No, you have to look that bike in the eye, and approach it like you mean it.. raise up with all your weight on the pedal, and come down on it like you mean it, and you’ll have a wonderfully running engine.

I have been surprised to find that use of the choke is never needed nor warranted.  And, even from a dead cold start, the engine is ready to pull right away without hesitation or stumbling in literally seconds.

The Combat engine was offered for just a single year, 1972, and offered additional horsepower up to 65, which gives the Norton plenty of authority.  The additional power was achieved by altering the cams, as well as increasing compression ratio to 10.1 (premium fuel only.. always!).  Unfortunately, new owners experience with this engine initially turned out to frequently be disastrous.  The additional power imposed loads on the crank bearings they weren’t capable of handling, and thus a large number of these engines failed, leaving a black eye on the Norton reputation, and prompting the company to pull the Combat from the lineup the following year.

There is a bright side to this story, however, as new crank bearings of a different style, called “Superblend” were developed that could handle the additional load, and this eliminated the issues altogether.  The handful of owners lucky enough to own the Combat model (virtually all of which have been upgraded to Superblend bearings) can consider themselves fortunate to experience what is most certainly the most powerful Norton ever (The 750cc Combat engine even develops more horsepower than the later 850cc engine).

Finally, the Commando is everything the Bonneville is, and more.  Beautiful British styling; significantly more power; guttural exhaust sound; and, best of all, the engine is mounted to the frame via “isolastic” rubber mounts, virtually eliminating the traditional British vertical twin vibration at cruise.

This bike is definitely going to be a keeper! 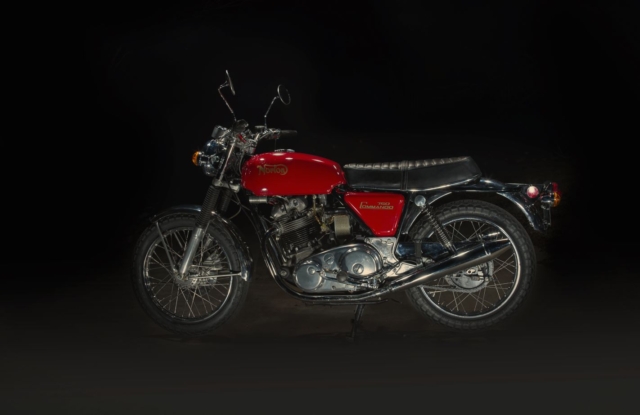 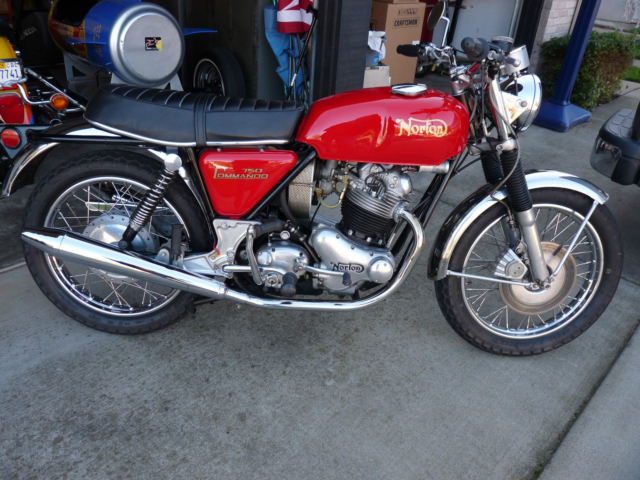 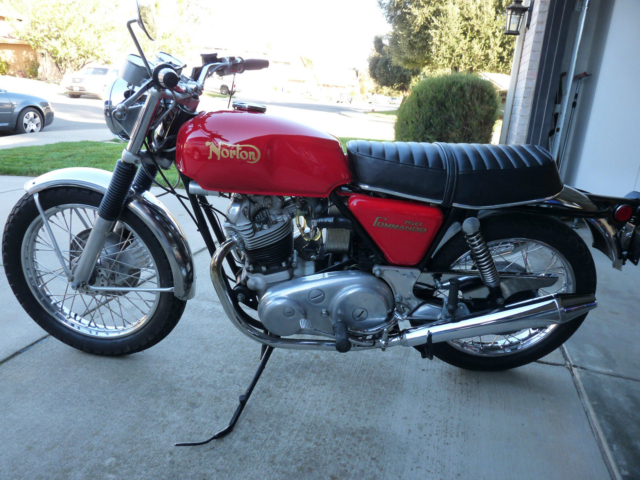 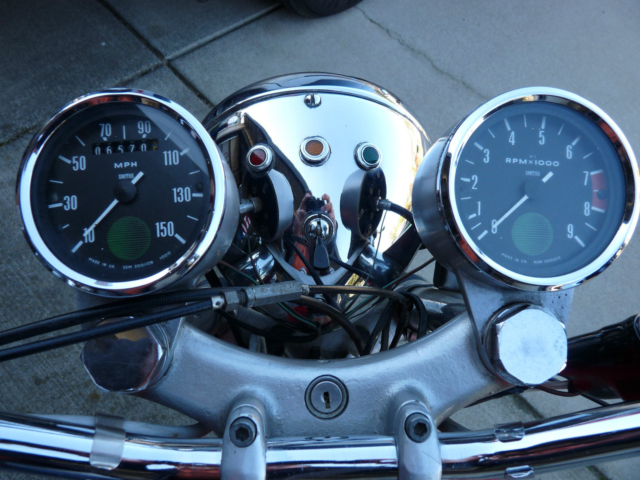 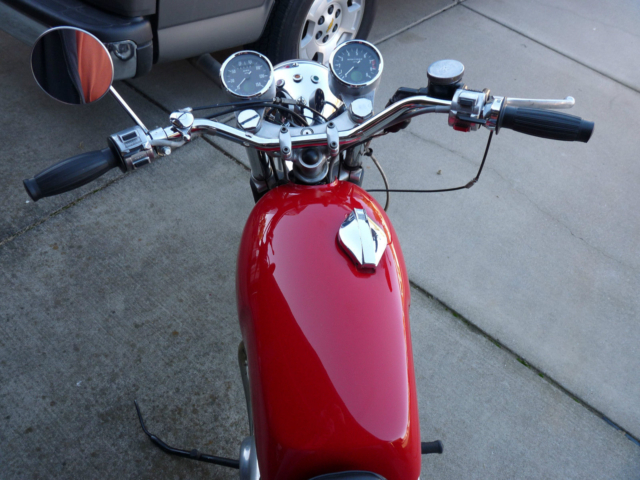 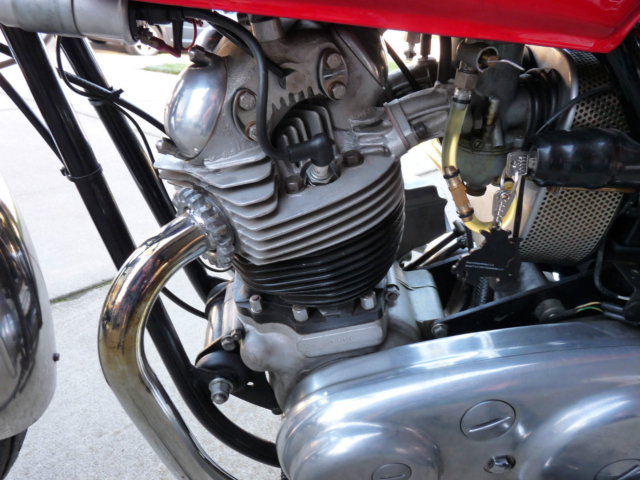 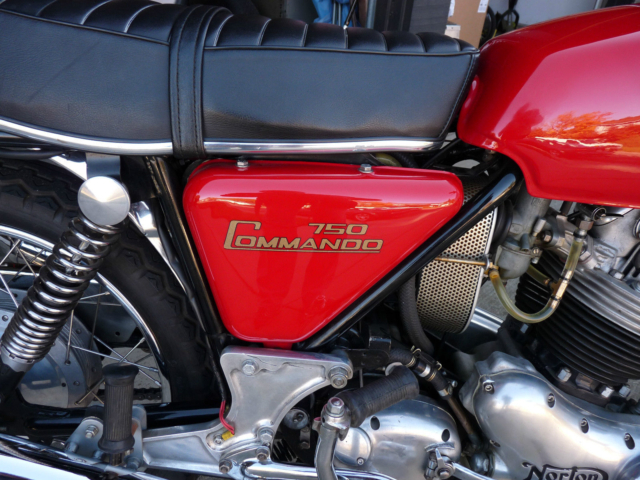 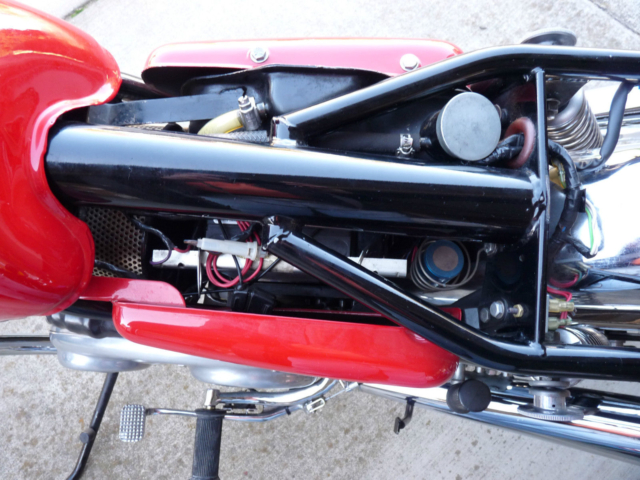