1997 was the first year of the then-evolutionary bike from Honda, the 6 cylinder Valkyrie.  Modeled loosely on the popular Honda Goldwing series, the Valkyrie employed a “souped-up” derivative of the bulletproof Goldwing engine, boasting 6 individual carburetors.  My particular bike has been outfitted with the popular “Cobra” 6-into-6 exhaust system, with each cylinder having its own exhaust pipe and “muffler”, resulting in an outrageous sound, especially with the engine on full-song.

I acquired the Valkyrie as a lighter-weight full touring bike alternative to my massive 900 lb Indian Chief.  The Honda is a good 200 lbs lighter, and is just more agile in every respect (as well as being more powerful).

The Valkyrie sports a 1500CC engine with claimed horsepower of 100.  This performance trumps the Indian’s (unpublished, but estimated) 85-90 horsepower from a larger 1800CC engine, yet doesn’t measure up to the Honda CBX’s 1,000CC engine’s output of 110 horsepower.

My Valkyrie is the “touring” model, which came from the factory with a perfectly positioned windshield (I’m not generally a fan of windshields on a bike, but when on an extended drive on I10 at 80 mph, that wind deflector is very appreciated), and beautiful, locking, fiberglass side “bags” as well as a nice luggage rack and “pillion” seat for a passenger.

In October 2019 my friend and fellow biker from Munich, Dietmar Panten, joined a group of 3 others on a beautiful, if not freezing, ride to the Big Bend area (Alpine, Marfa, Terlingua, and Marathon).  Dietmar was assigned to pilot the Valkyrie.  He is more of a high-performance crotch rocket guy, but I think his 4 days on the Valkyrie has forever altered his viewpoint of larger bikes for long distance journeys.

Fanatical owners swear that the Honda 6 cylinder is good for every bit of 200,000 miles without major overhaul.  After all, it IS a Honda! 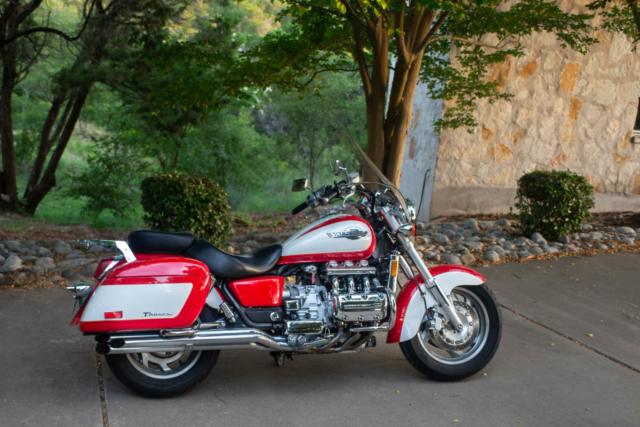 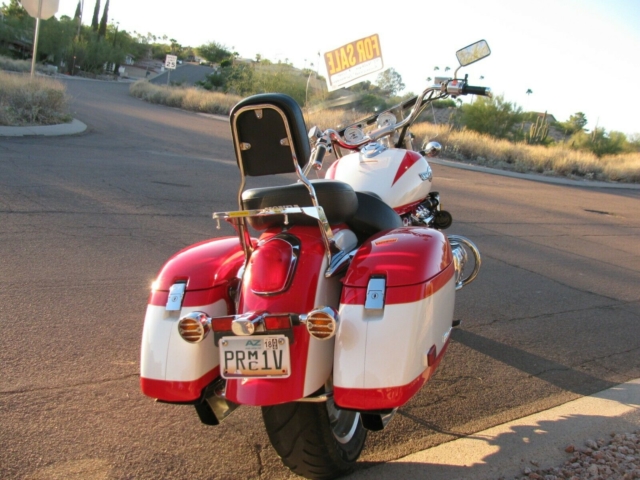 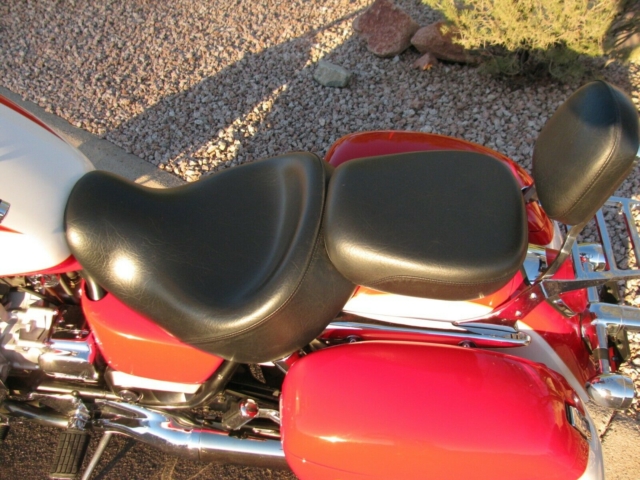 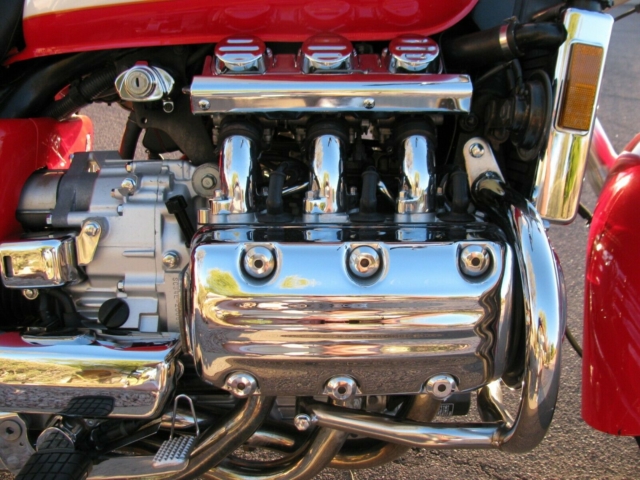 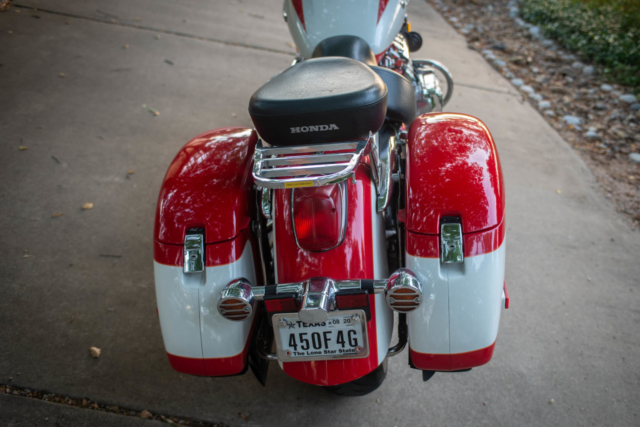 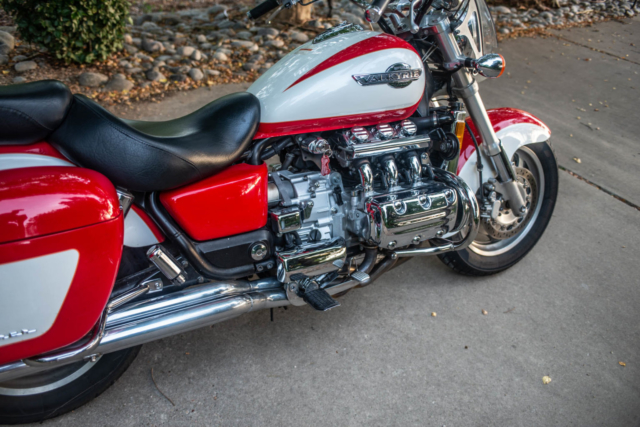 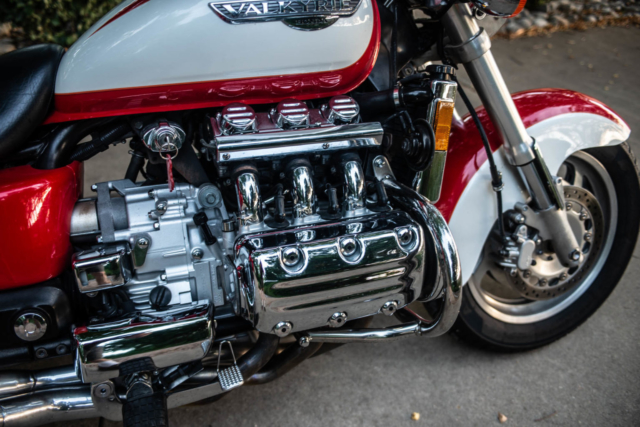 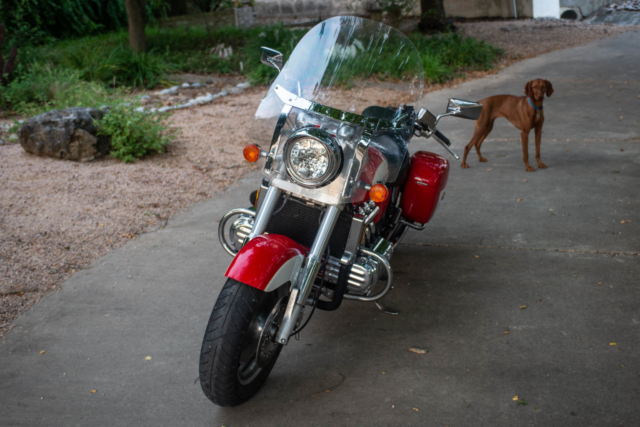 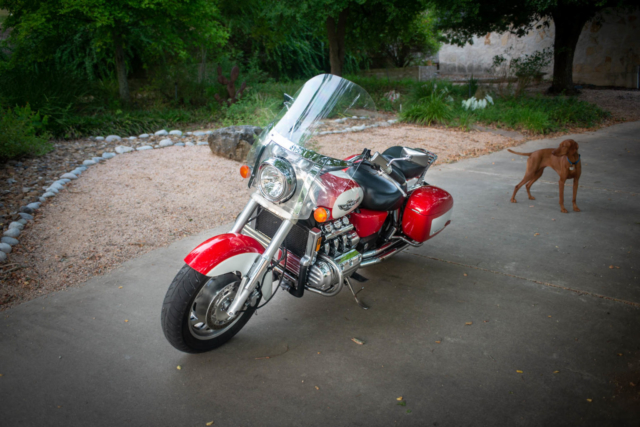 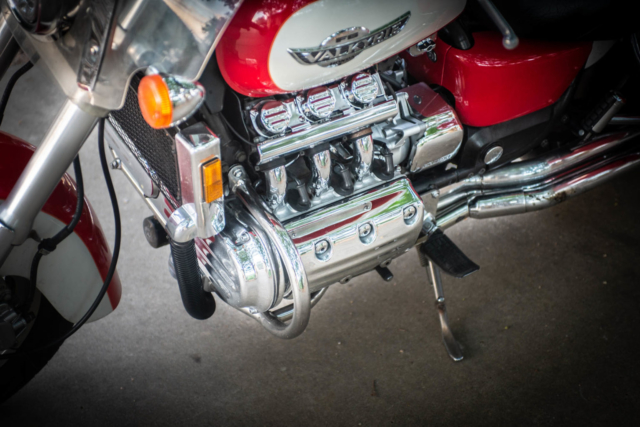 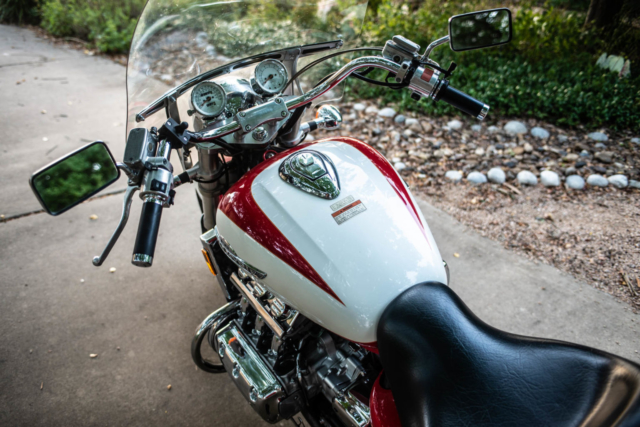