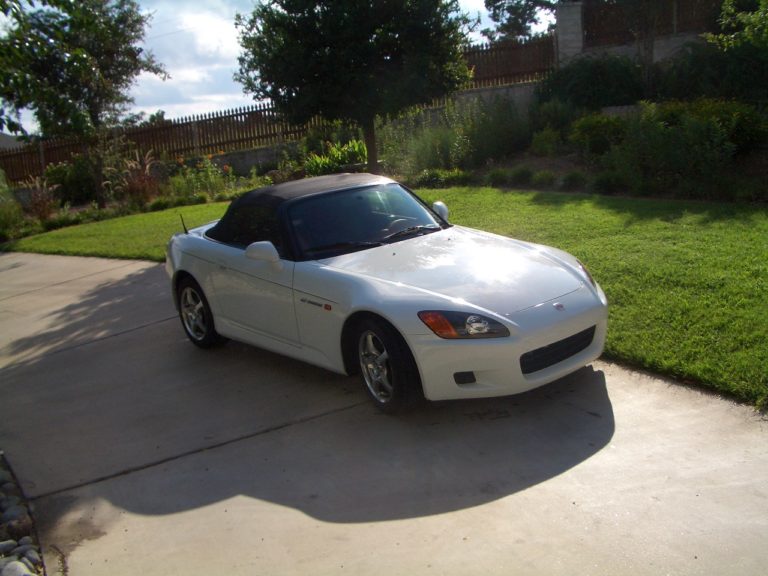 When the Honda S2000 roadsters were introduced, I was intrigued.  A car producing 240 horsepower from a 2 liter engine is always impressive, especially 15 years ago. And numerous reviews touted its tight handling and race-inspired suspension system.

Finally, I succumbed to the urge, and bought the first new car I had owned for quite some time, from the Honda dealership in Kona, Hawaii where we lived at the time.  I am not usually a fan of white cars, but I fell in love with the ruby red leather interior, and selected the red/white combination.

I can truthfully say this little Honda is likely THE BEST handling and driving car of any I’ve owned in my lifetime.  Getting into the car can be a bit of a challenge for a big guy like myself, but once situated inside, it fit just perfectly.  Plenty of leg room, and gives the driver the impression of putting on a shoe!

The best ever 6-speed shift lever falls (as they say) readily-to-hand, and it just seems to intuitively know which next gear to be selected.. just depress the clutch, snick the lever a couple of inches in the desired direction, and it finds its home without complaint, resistance, or noise.

The 4 cylinder engine has to be one of the all-time engineering marvels.  And, beautifully, nothing is covered by some ugly plastic appendage as seems to be the fashion these days.  Just that raw little engine with its cast aluminum cover staring up at you from the engine compartment.  The overhead cam engine has a redline of an outstanding 9,000 RPMs.  And, for good reason, as almost every one of those revs is necessary to extract the best power from the engine.  In fact, at rpm readings less than, say, 6,000, don’t expect to get ANY acceleration from the engine.  No, this baby cries out to be flogged in every gear.. run it right up the redline and the driver is rewarded with the most delicious howl, accompanied by uncanny acceleration!

Of course, for a true gearhead, there is never enough power, and, true-to-fashion, in short order I was pondering ways to squeeze even more power from this little engine.  I settled on a supercharger kit offered by Vortech, which was engineered specifically for the S2000, and offers a healthy 350 HP, up from the stock 240 horses.  Wow!.. what a pocket rocket.

This Honda provided me many happy miles and smiles, but finally it became time to turn the roadster over to another owner, and move on to yet another experience. 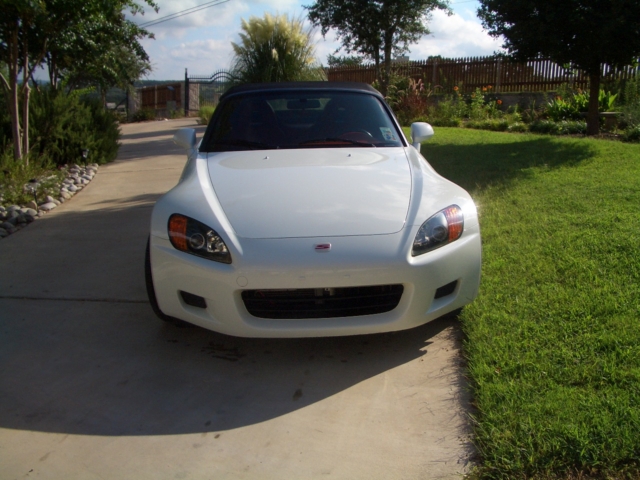 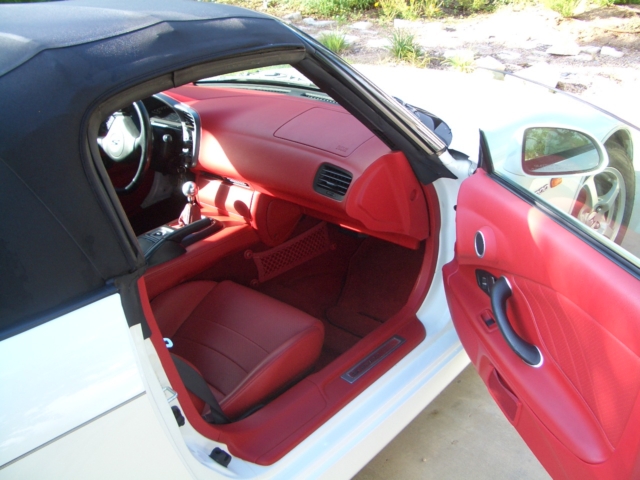 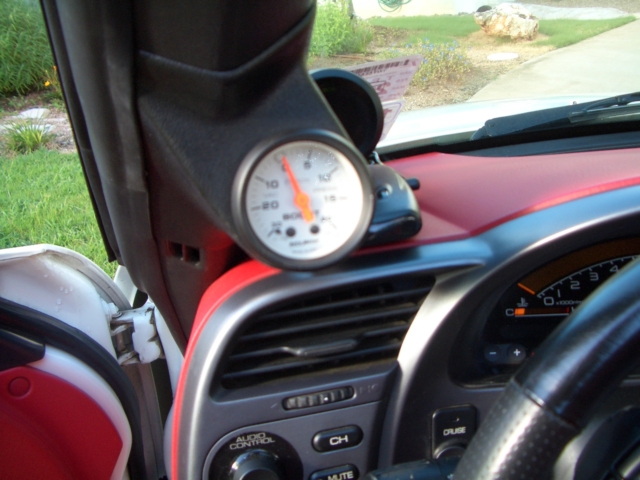 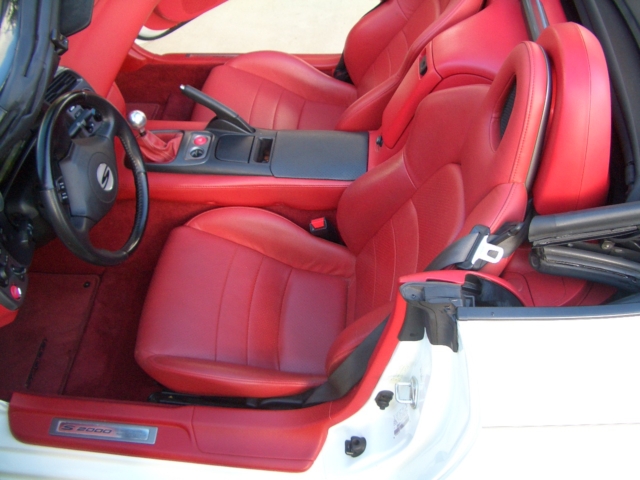 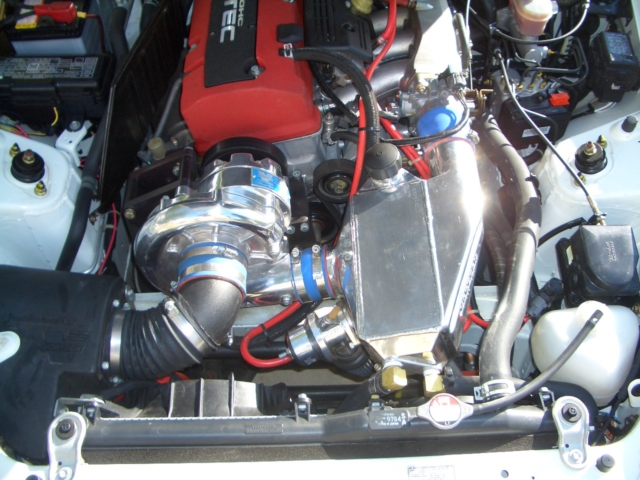 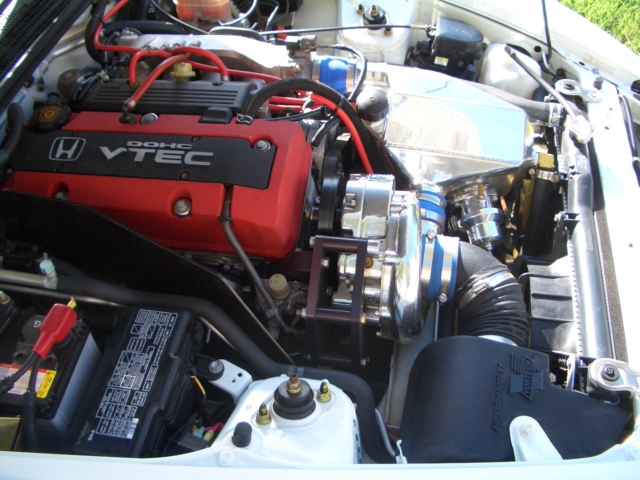 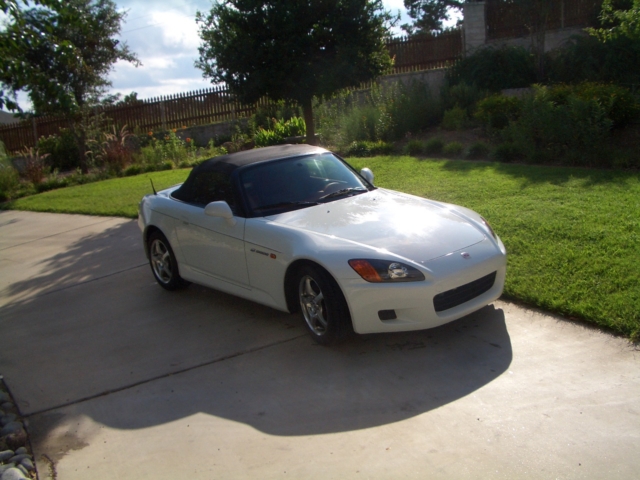