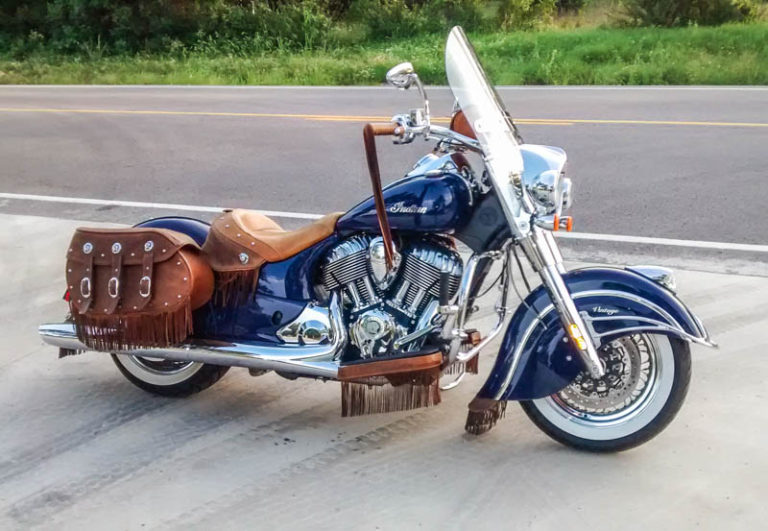 Poor Indian.  the company has the clear distinction of being the first first commercial builder of motorcycles in the country, dating back to 1902, beating out Harley-Davidson by a few years.

Indeed, well into the 30’s, Indian held a commanding share of motorcycle production.  But some missteps when World War II broke out put Harley into the lead.  After the war, it seemed only a matter of time until the factory was shuttered, permanently, in 1953.  There were a few attempts in the years immediately afterward to revive the Indian name, but the badges slapped on Royal Enfield, and a smattering of Japanese models only served to seal the coffin.

In recent years, there were two additional failed attempts to revive the Indian name:  In 1998 a consortium located in Gilroy, California designed a retro model Indian, but it was mostly a “bitsa”, borrowing engines and other components off the shelf of other suppliers.  Sadly, quality, lack of any endearing features, and mostly price, ushered the demise of this attempt, which lasted less than 10 years.

Next, enter Stellican Ltd, a London equity firm, who purchased the name rights and started a new production facility in Kings Mount, N.C, but that too, failed after less than 3 years (2008 – 2011).

Finally, and currently, a deep-pockets company, Polaris, builder of snow mobiles, 4 wheelers, and jet skis (as well as the respected Victory motorcycle brand) acquired the rights, and in an astonishingly short time, designed a new Indian Chief beginning with a clean slate.  EVERYTHING on the bike was new.. frame, engine, components, etc., and it was a beautiful tour de force.  The very first “new” Indian was introduced for model year 2014, and to entice skeptical buyers, Polaris offered a 5 year warranty (the following year, the warranty was reduced to 2 years).

The new Indian Chief was a beautiful design, building on the original Indian’s valanced fenders, and including the iconic glass Indian head running light on the front fender.  The engine was even disguised to look similar to the old Indian flathead twin.  But this new bike was no slouch, and nothing was spared to make it as modern and state of the art as possible.  The bike features dual front disk brakes, ABS, keyless ignition, fuel injection, cruise control, digital information panel, and a modern automotive-style CAN wiring bus.  Unlike the Harleys, the Indian’s 111 cubic inch V twin is smooth as glass on the road, and offers prodigious power.

My own Indian came to our garage as a result of a trade I negotiated with a Florida dealer, swapping our Lexus SC430 convertible toward the near-new bike (only some 500 miles from new).  I trailered the Lexus to Pompano Beach, loaded up the Indian, and never looked back.

The Indian is a HUGE bike, weighing in at near 900 lbs wet with full gear.  But once under way at 10 mph or so, there is no sense of its bulk, save the Queen Mary-like turning radius.  (as the selling dealer noted:  “The only time you will be aware of the extra weight is if the bike is laying on top of you”!)

In less than a year, I have logged some 6,000 miles, including several road trips with my good friend Nathan Gibson (Sturgis, S.D. and back last August).  I don’t ride the bike much around town, but when I am ready to hit the highway, the Indian is always my first choice.

Read about “BRINGING HOME THE INDIAN”

And, our INDIAN ROAD TRIP TO STURGIS 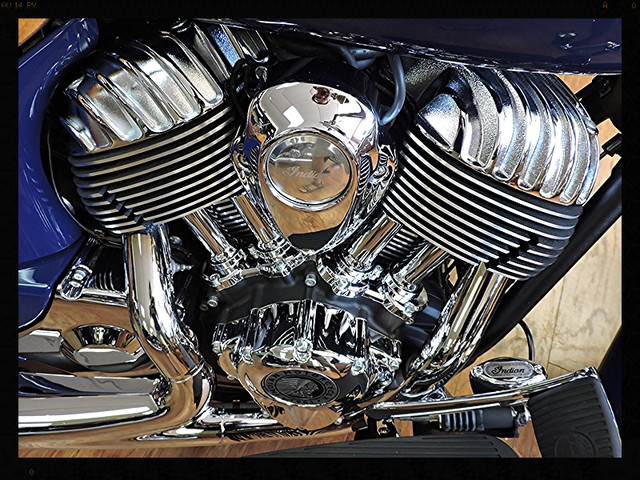 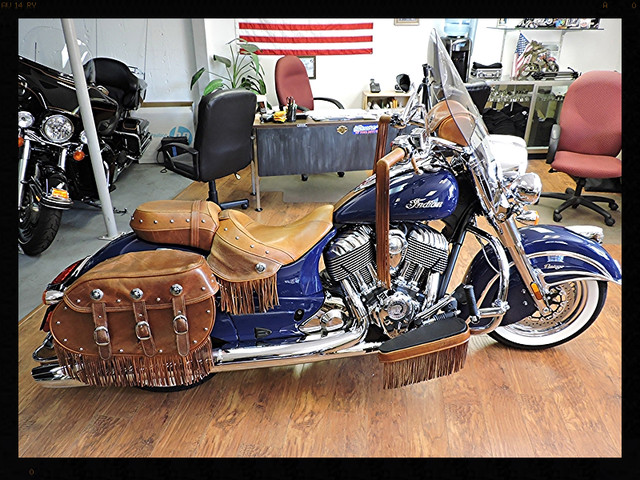 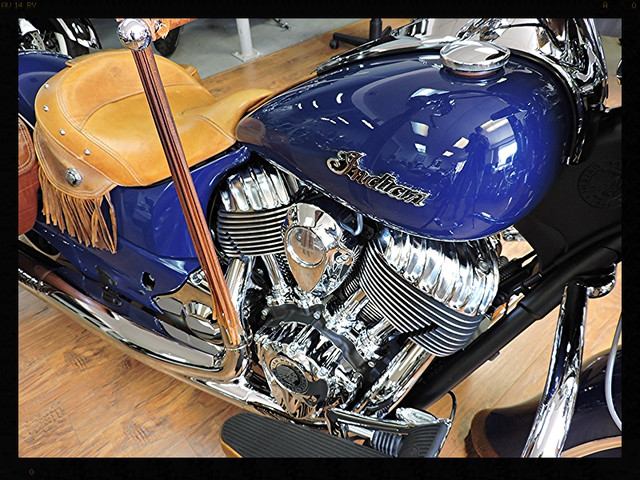 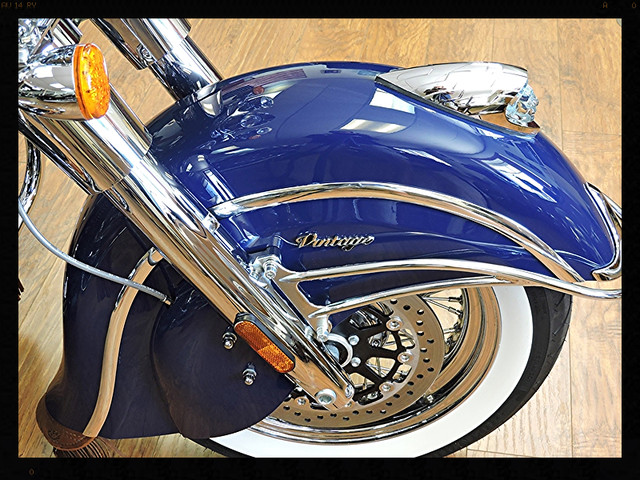 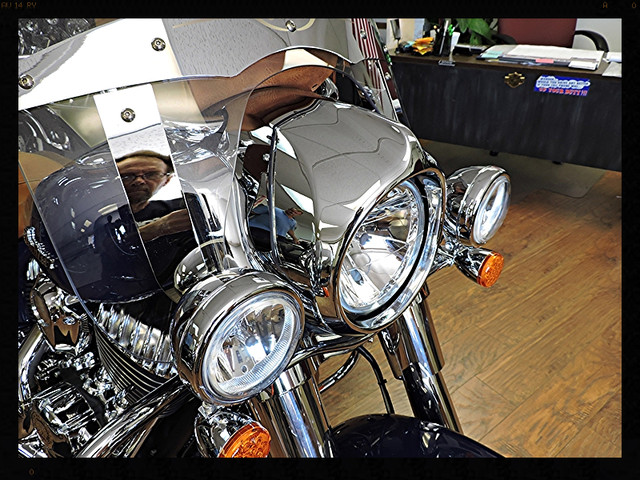 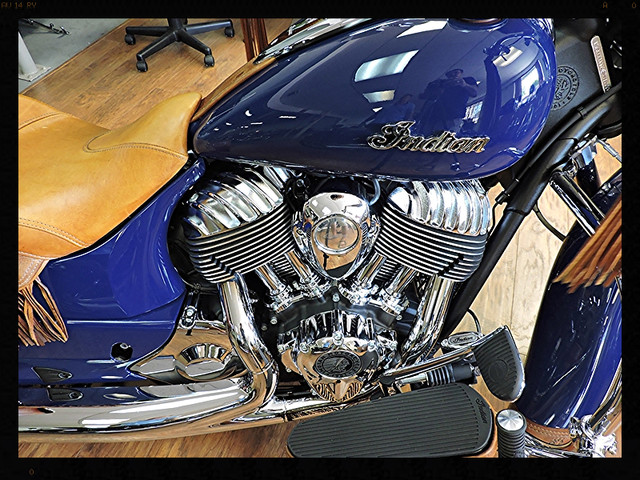 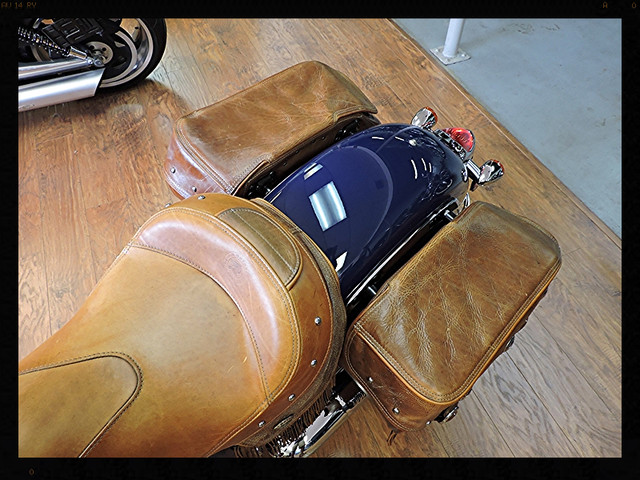 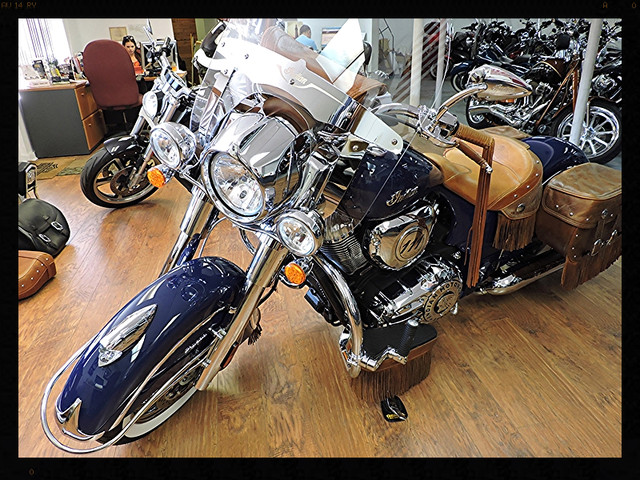 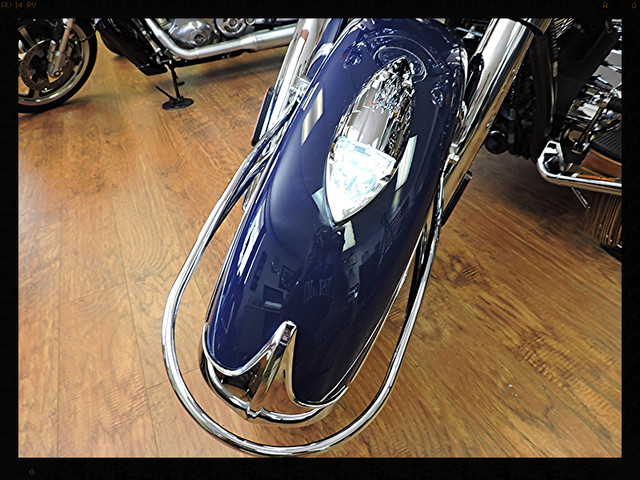 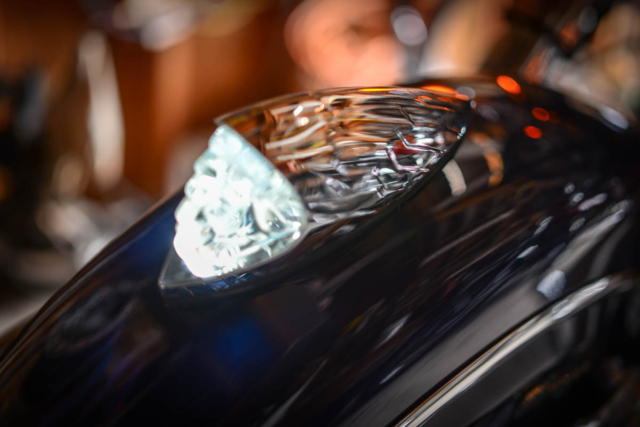 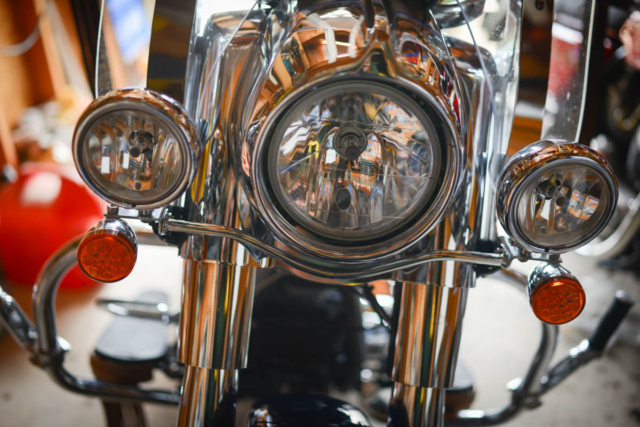 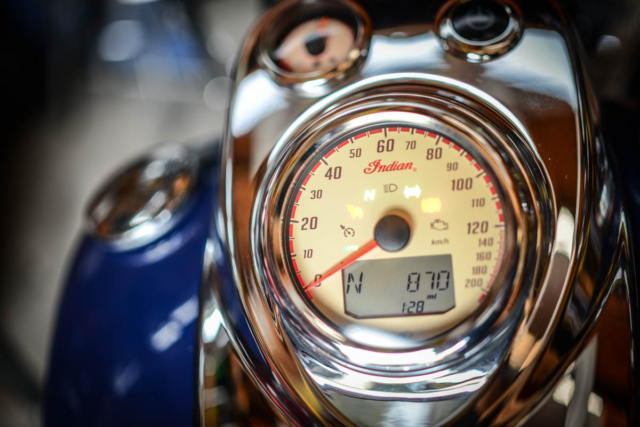 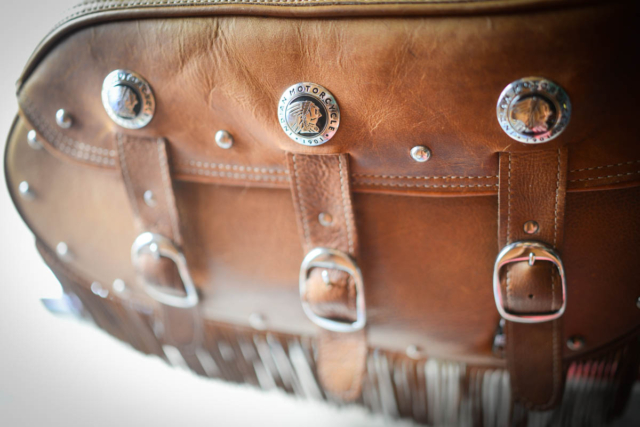