I love my 1967 Saab Model 96.  Yes, it is homely, but it is quick and nimble, and a pleasure to drive.  The only drawback has been the dismal stopping power of the tiny drum brakes up front.  I’ve had my drums turned for roundness, and added new brake shoes and slave cylinder, but still the brakes leave me anxious in the event I should ever be called on for a panic stop.

That’s why about 6 months ago I acquired the disc brake spindles and axles from a Saab 95 (station wagon) of similar year.  I had been told that these units are simple bolt-on replacements for the original drum brakes.  I also understand that some of the later model 96’s had disc brakes which are compatible as well.

My disc brakes came from a crusty old wagon that was sitting forlornly out in a field.  Fortunately the wheels were already off, and the front end was blocked up a bit, which made removal super easy.. just remove (or cut) the brake line, then remove just 3 bolts that attach the entire hub and axle to the front suspension, and pull it out.

To be sure, my donor brakes were a sad sight when first obtained.  Rusty, greasy, crusty, pretty much says it all. 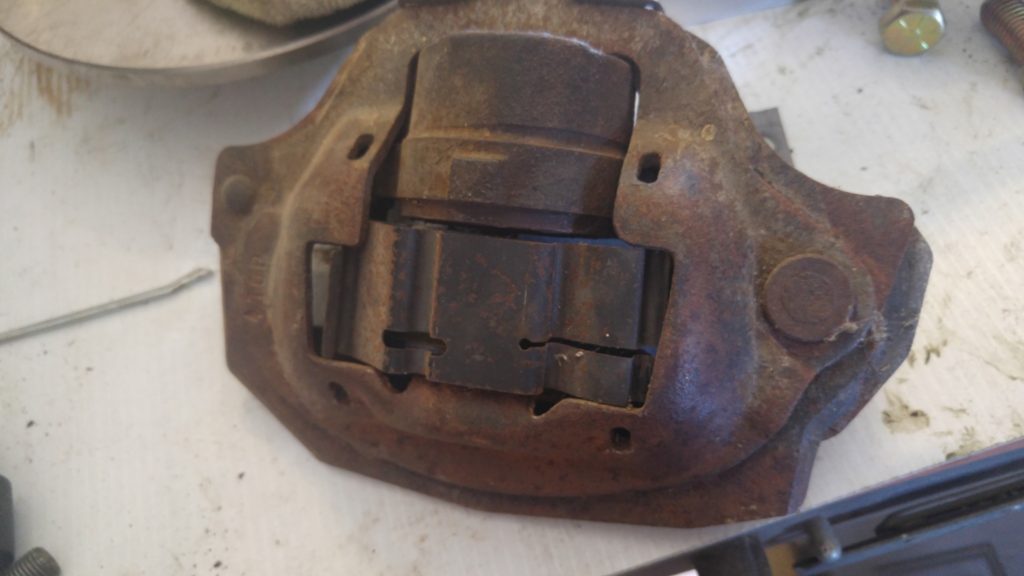 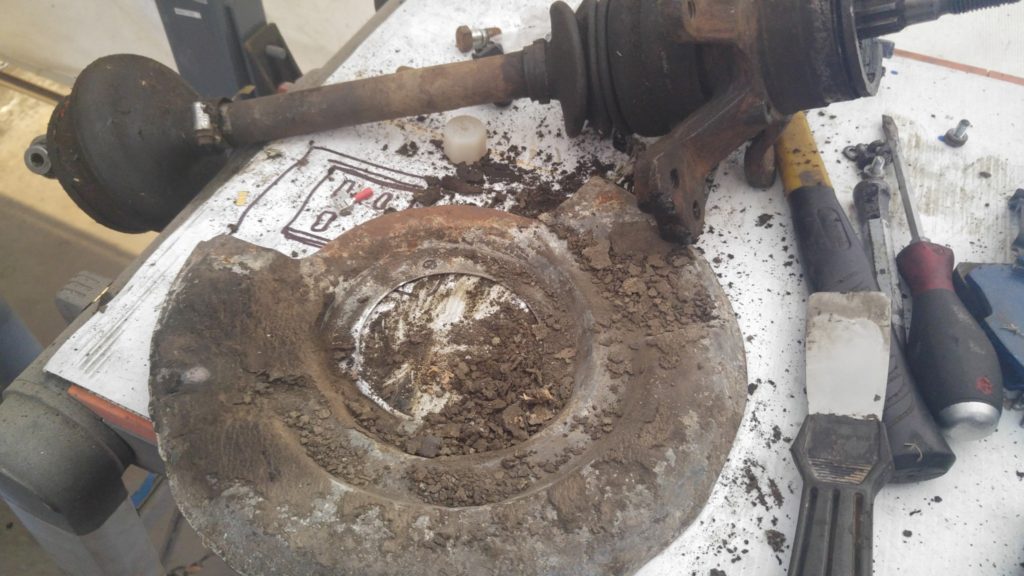 I spent the better part of 2 days cleaning these up.. disassembling, bead blasting, painting, then retrofitting with new wheel bearings, rotors, hoses, pads, and rubber gaitors for the axle. I also fabricated new locktab plates for the mounting bolts, as the originals had been closed and opened one too many times.  Now they look like new! 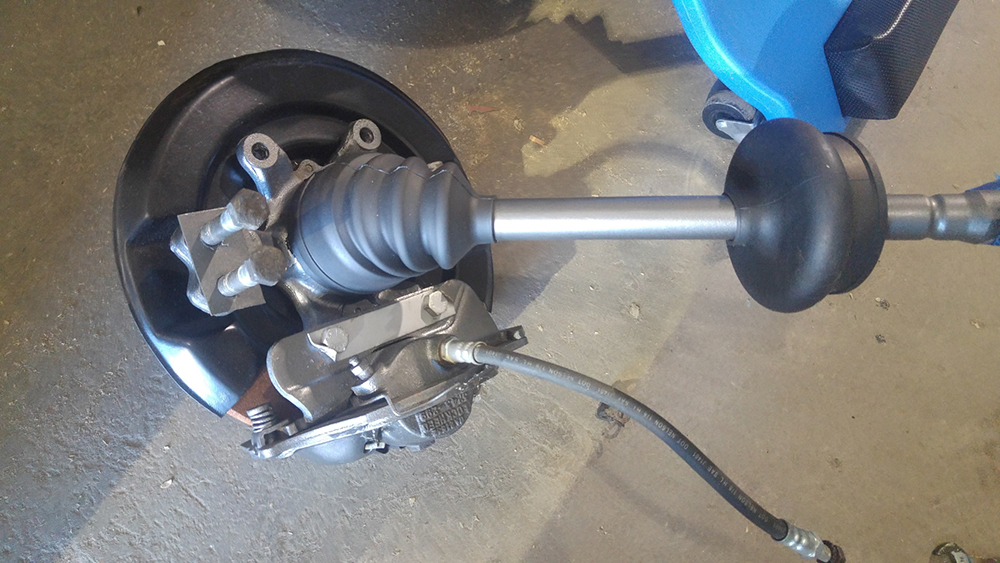 Then my attention was diverted to other tasks, and my “new” disc setup has languished in the back storeroom for several months.

Finally, today became the day to get those discs installed on my Saab. I was truly surprised at how quickly and simply the project went (well, if you call 6 hours quick!).