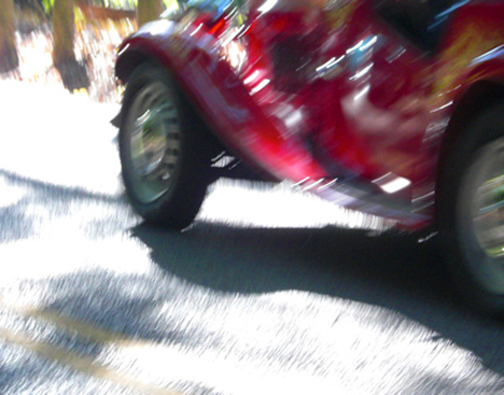 It’s been some 6 weeks or so since “Cedric” our 1959 MGA roadster joined our garage.  Emboldened by first place finishes in two British car show entries, we decided to branch out a bit and join in the semi-annual Texas MG Registry “GoF” (gathering of the faithful).

The event is held at different locations each year, but this session was in the little city of Waco, perched serenely on the banks of the Brazos River (and, not inconsequentially, home of my Alma Mater, Baylor University).  Oh, and lest we forget, home of the Branch Davidian “massacre” a few years ago.  Hmmm, I wonder if there is any correlation with that event and the preponderance of McCain signs we saw displayed about town?

We participated in 2 days and evenings of events.  The “group” stayed primarily at one hotel near downtown Waco, and we had lots of opportunities to meet new friends.  We also ran into some new friends, Mark and Debbie Rue, whom we’d met recently at another British Car Show in Gruene, TX. 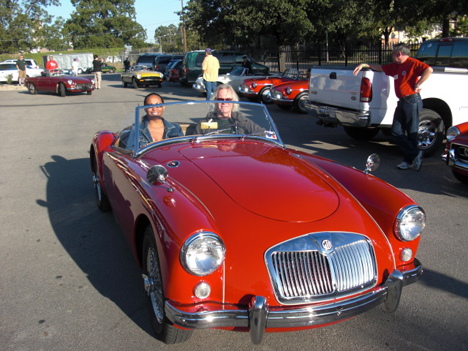 The main event began on Saturday morning with all the participating cars being “staged” in the hotel parking lot. 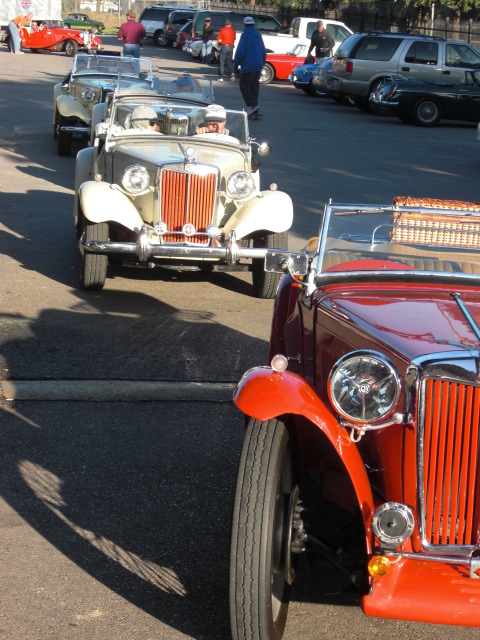 This was the beginning point of a drive through beautiful Cameron Park, along the Brazos, terminating at the Waco Zoo.  It was really cool to be part of a procession (directed and cleared by a couple of Waco’s finest squad cars) of some 60 MGs, ranging in years from late ’40’s to the most recent MG built in the early 80’s. 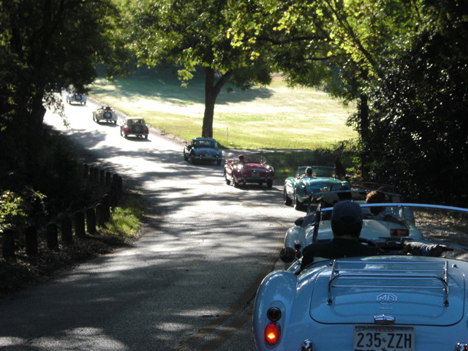 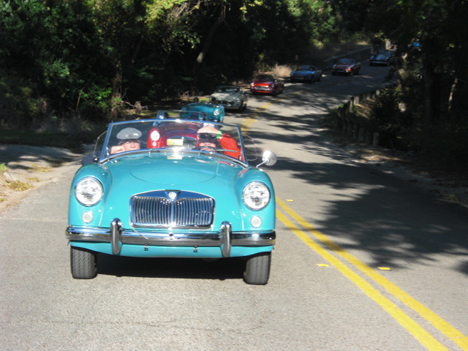 At the zoo, all the cars formed up in a beautiful wooded meadow, where the car show and judging was held (and literally INSIDE the zoo, for which we all had “free” passes! 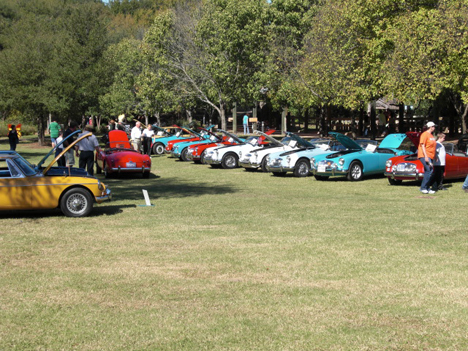 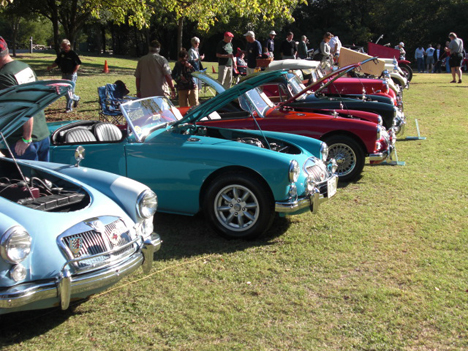 That’s our red roadster just past the “Glacier Blue” one which one first prize in class (the blue one, not ours). 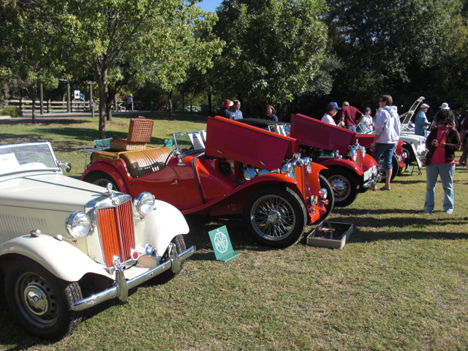 When all was said and done, at the final awards dinner on Saturday night, we were surprised to learn that “Cedric” had won 2nd prize in a class of some 13 other MGAs.

Sunday morning, we were up bright and early, squeezed our few belongings into the “boot” of Cedric, donned hoodies, and hit the road for Dripping Springs.  It does look as though this outing completes our “car show” rounds for this year!