Shortly after July 4 this year (2009) I accepted an invitation from my good flying buddy, Jay Burdeaux, to come up to his home in Coeur d’Alene, Idaho and do some back country flying.  I’ve known Jay since we both lived in Hawaii, some 20 years ago, and we’ve kept touch ever since.

Jay is owner of Northern Sky Aviation, located in a huge hangar at the airport.  His company offers aircraft maintenance, flight instruction, aircraft ferrying, avionics installations, and valuable insight and information to pilots in the Northern Idaho area. 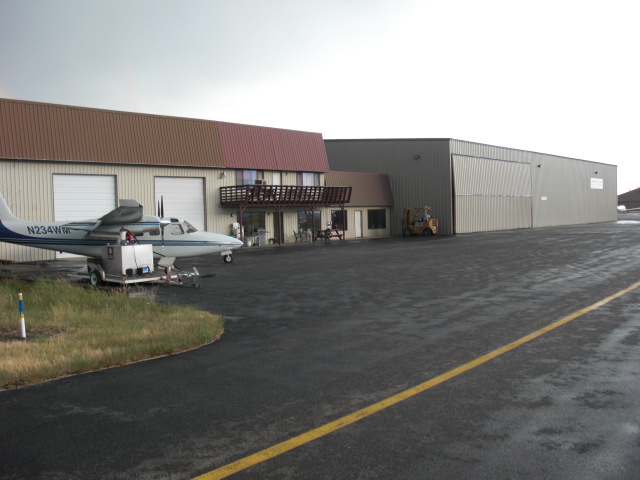 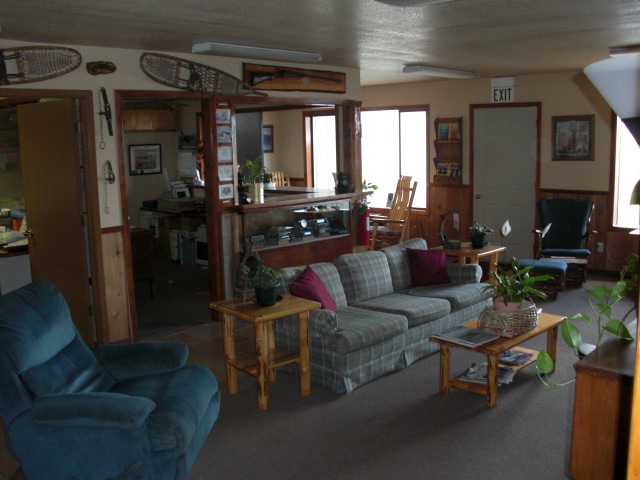 One of his specialities is rebuilding the venerable 1940’s vintage Piper Cubs.  In fact, his crew was in process of a full “frame-up” restoration of one of these popular fabric-covered aircraft while I was there: 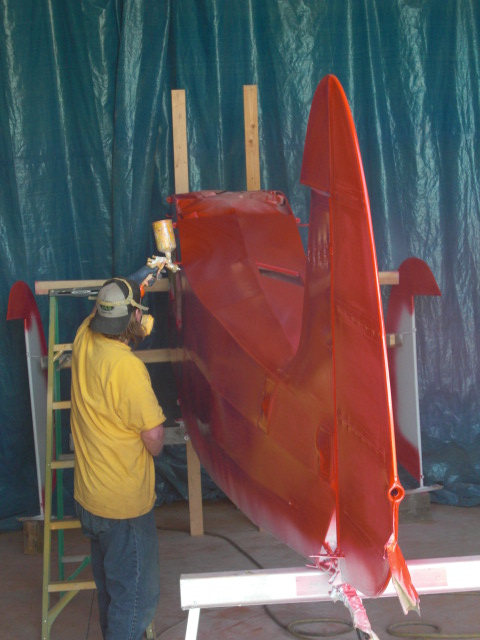 Jay has the perfect set up, with nice 2 bedroom apartment integrated right above the hangar building, where he shares with his Significant Other, Sharon, and his really cool Black Lab, “Chloe”.  From the deck outside Jay’s hangar home, he has an outstanding view of the Coeur d’Alene airport: 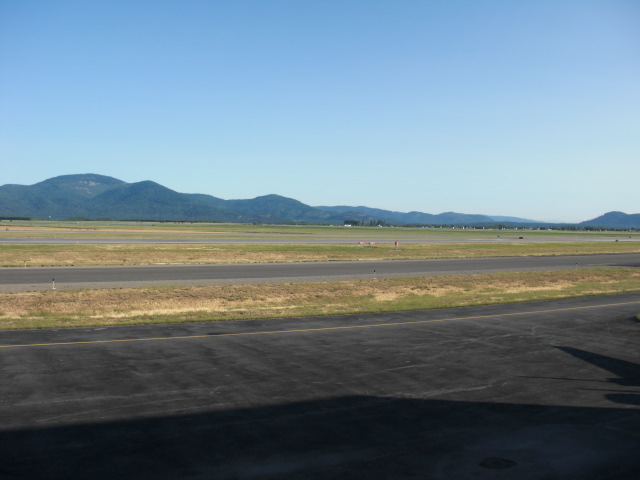 Chloe is generally an integral part of everything that goes on at the airport, as well as “Wilbur”, the hangar cat: 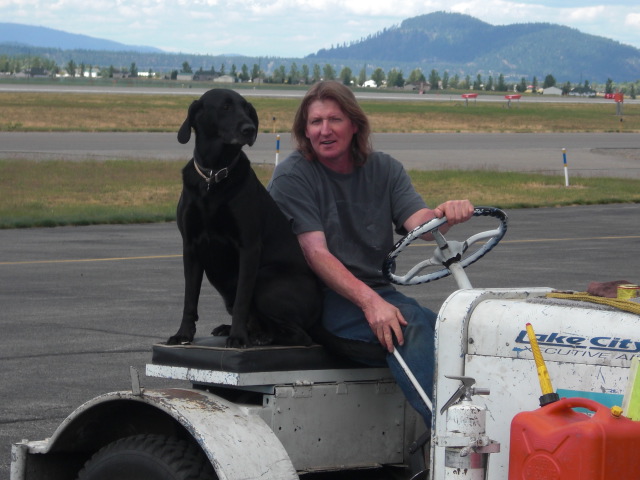 Coeur d’Alene is a beautiful town which was named for the native indian tribe of the same name that settled around Lake Coeur d’Alene.  The name Cur d’Alêne means Heart of an Awl, referring to the perceived shrewdness of the trading skills exhibited by the tribe.  In recent years the town has become very popular with the jet-setters, as evidenced by the large number of corporate jets which come and go from the airport every day. 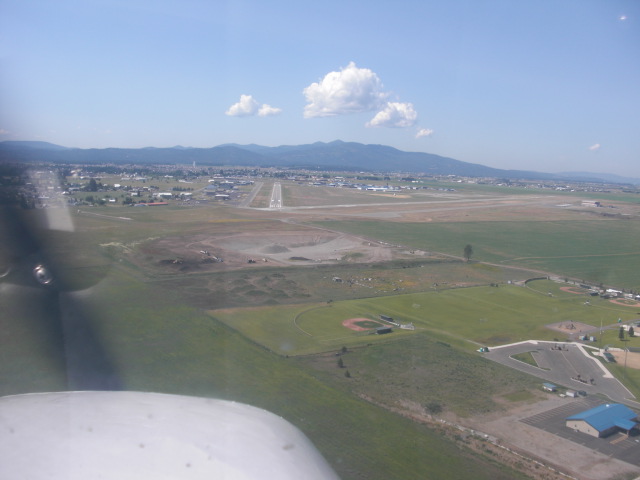 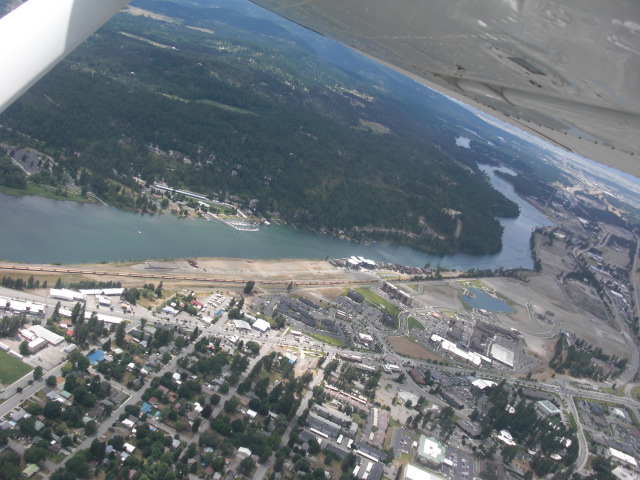 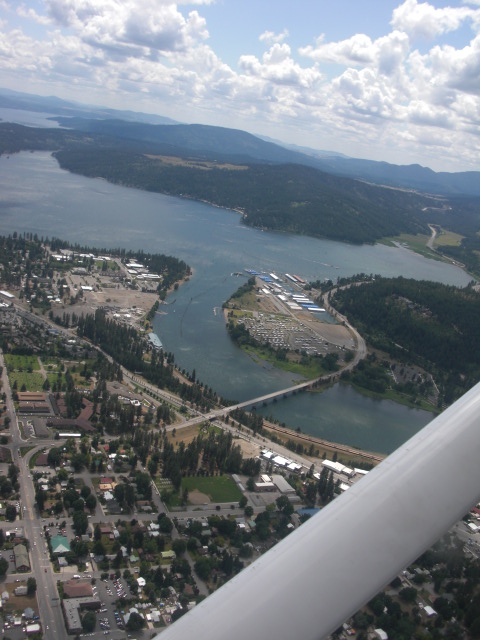 On the second day of my visit to Idaho, Jay and I loaded up a nice Cessna 182 with ice chests, tent, sleeping bags, firewood, and, of course, Chloe, and headed for the back country.  More specifically, our destination was a little US Forest Service strip nestled in the mountains at the confluence of Moose Creek and the Selway River.  This strip is some 28 miles on foot from the nearest road of any kind.  There IS a small ranger station at the strip, and all supplies come in by mule over that 28 mile trail.  We met a young “mule-skinner” there who had just arrived with his supply team, wife and child for a 4-5 week stay in this beautiful area.

Moose Creek is about 130 miles as the crow flies from Coeur d-Alene, as shown on these maps: 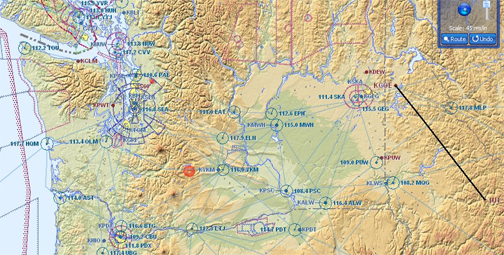 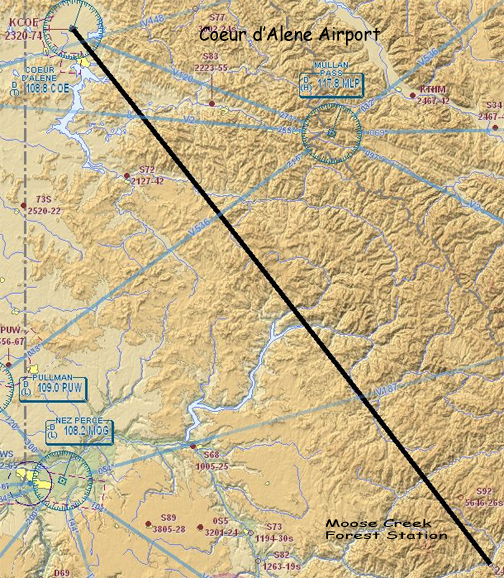 We spent two nights in this beautiful place.  On the first night, after “sharing” the place with a couple of other aircraft during the day, we had the entire area all to ourselves.  The weather was the perfect temperature, and Jay filled the role of camp chef, serving up everything from prime rib, corn on the cob, shrimp, etc., to breakfast burritos (not to mention all the fixings for a rum and coke nightcap!)

To see additional pictures of our Moose Creek adventure, click on the “Forest View from the Throne” image below: 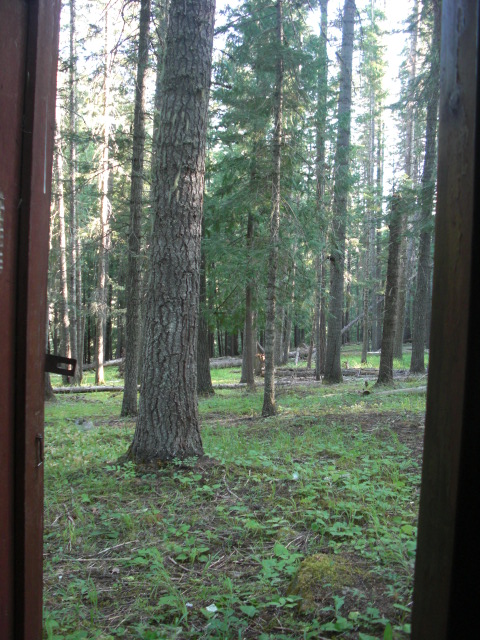 Later in the week, we took a flying day trip to Cavanaugh Bay, just a short flight north of Coeur d’Alene (with Chloe along, of course!) 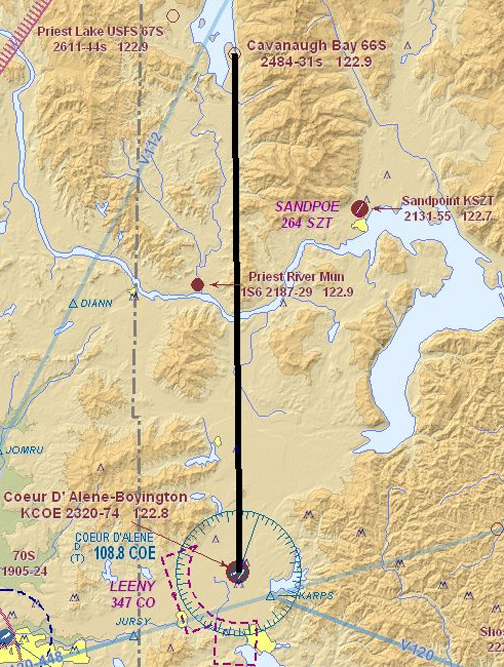 For more pictures of the Cavanaugh Bay area and enroute CLICK HERE or on the Picture below: 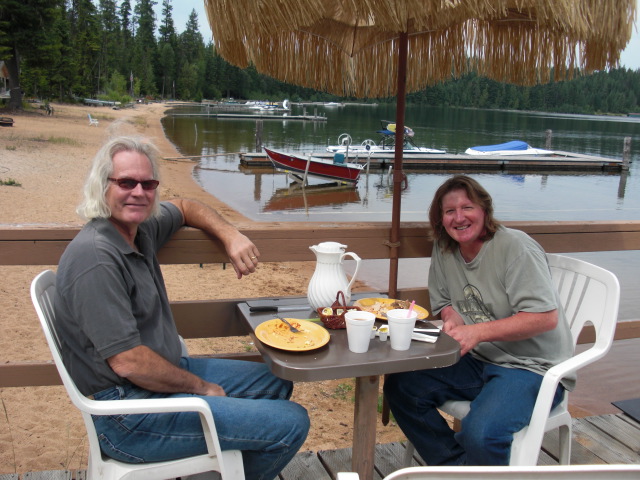 Finally, on the way home from Cavanaugh, we made a quick stop at a neat little strip called Magee and gave Chloe a final chance to jump in the water before heading home: 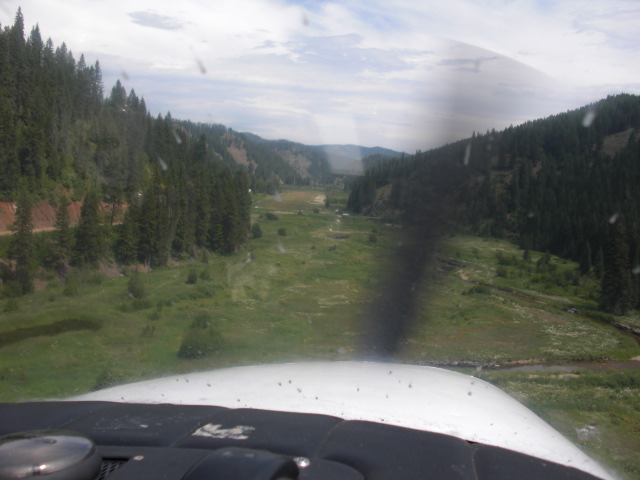 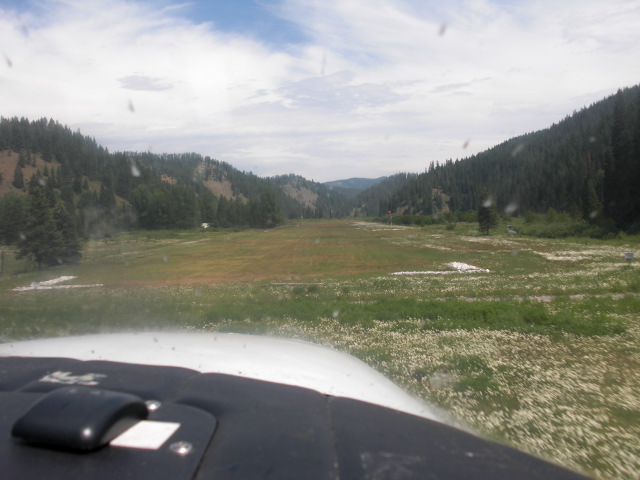