In the early 1970’s while serving as a junior officer in the Navy, and stationed at San Diego, I joined a base “sport” parachuting club.  It was here I met my best (and longest friend) Tom Ryals, now living on the Virginia coast.  Our little club would go jumping almost every Saturday, for a couple of years.  During this time, I logged some 200+ freefall jumps, and earned my “Jumpmaster” (parachuting instructor) license.

Later, after the Navy, my first flying “job” was taking up skydivers at a dusty strip near the Mexican border, south of San Diego.  On one occasion, I brought my parachute on the airline to my home town (Yes!  This was BEFORE D.B. Cooper, the father of hijackers), got a local pilot to take me up for a couple of demonstration jumps for local residents, at a grass strip.

Here, we’re jumping from a CH-46 helicopter over Camp Pendleton, in San Diego.  We could get some 25 guys in those babies! 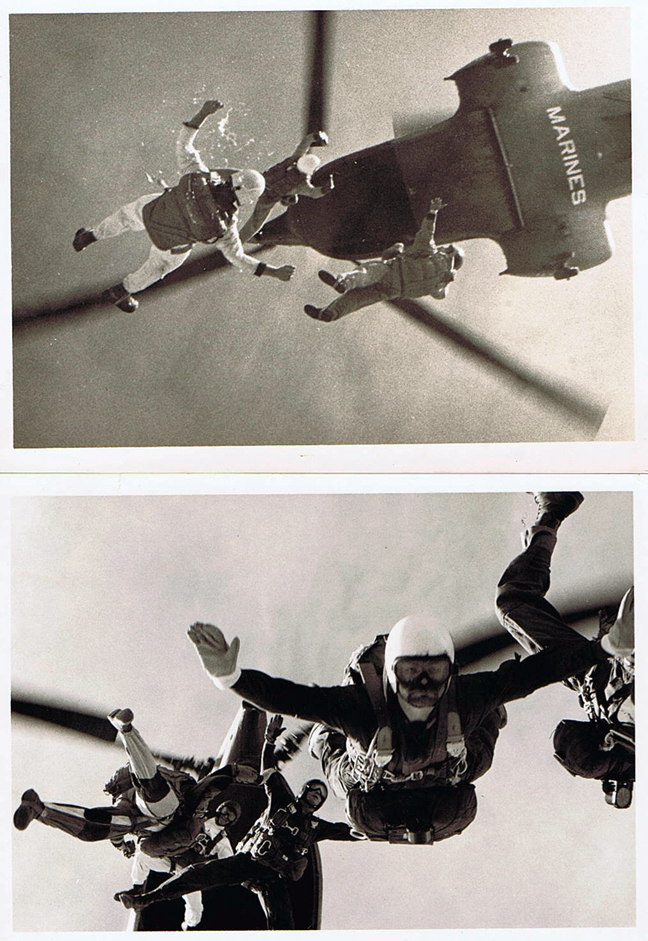 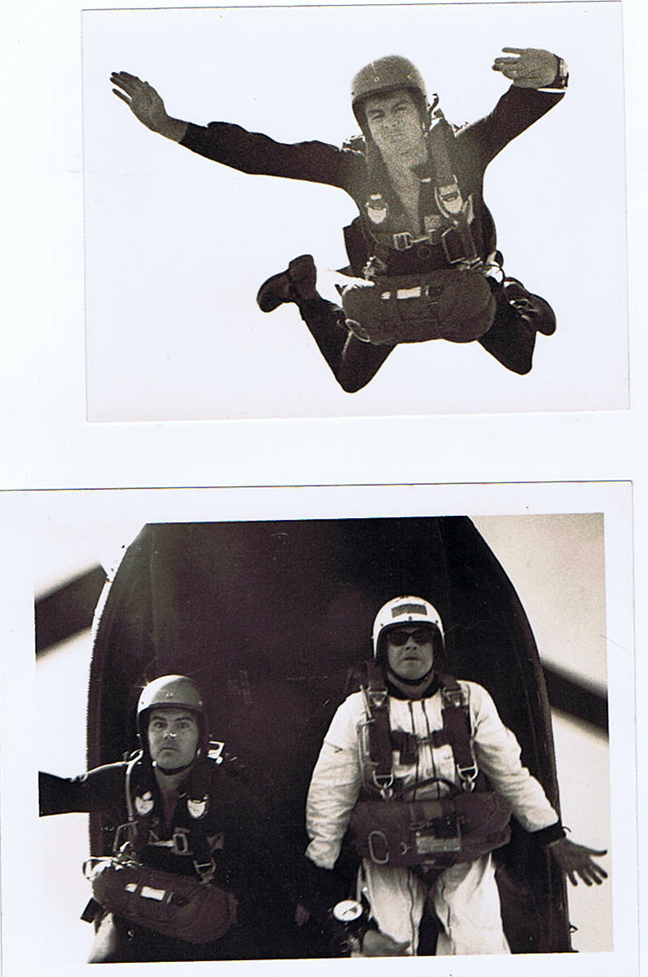 Yes, that’s me above on the left with the scared look on my face!

One time I took my parachute on the airline back to my home town, convinced a local pilot to take the door off his airplane, and did a little skydiving exhibition at the local grass strip.  That’s my grandad Byrd in the hat, “assisting” in the chute repack.

Here’s my contest-winning accuracy landing jump at a little dirt strip on Otay Mesa, just south of San Diego.  This is also the site and date of the beginning of all my back troubles!