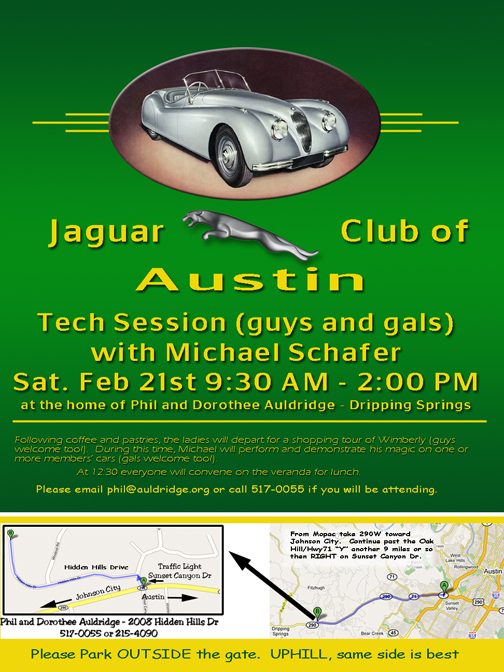 On February 21, the Jaguar Club of Austin held one of its popular tech sessions at our home in Sunset Canyon.

Jaguars of all types were lined up along both sides of Hidden Hills Drive: 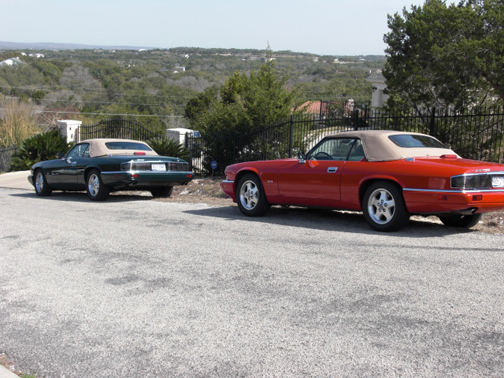 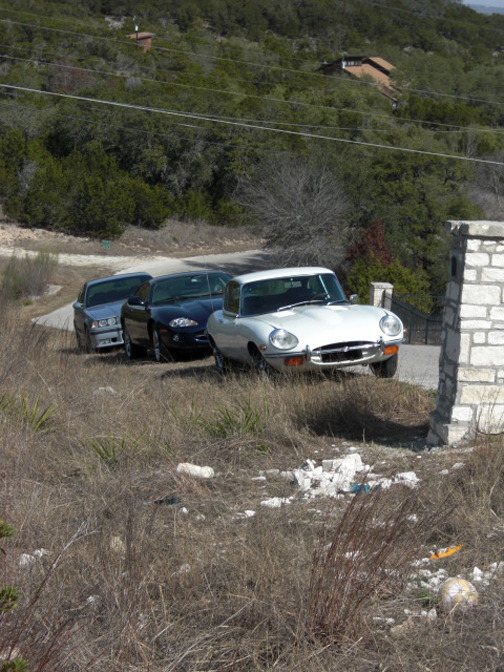 To provide sufficient space in our garage for the event, we had to reposition some of our own cars on the lawn: 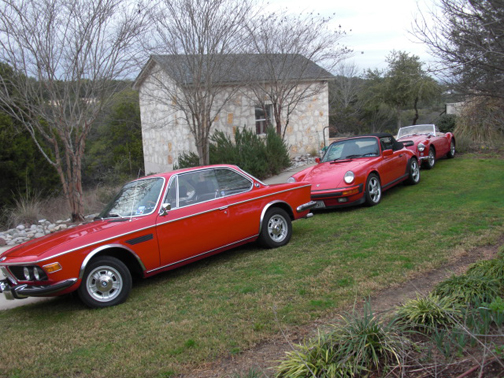 Some 30 people were on hand for a day of fun and socializing.  After coffee and cake, the ladies departed on a sightseeing/shopping tour of downtown Wimberly, led by Dorothee.

The guys stayed behind to play backyard mechanics, led by our knowledgeable and able club mechanical adviser, Michael Shafer.  The weather was crisp, and got colder as the day progressed, but all the “helpers” soldiered on in our semi-heated garage. 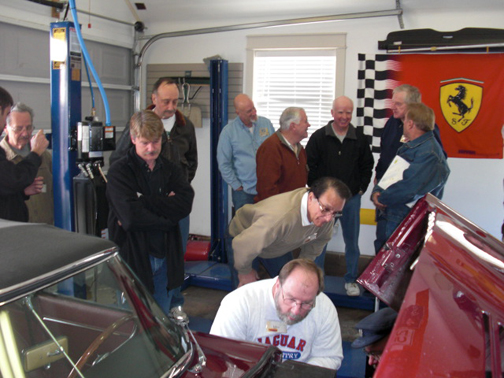 The primary “patient” for the day was Mark Moore’s beautiful maroon Series I XKE roadster.  Seems Mark has been having battery/starter problems for quite some time.  In fact, Mike got to spring into action well before the formal session began, as Mark had temporarily parked outside our gate, and then was unable to bring the Jag to life.  Fortunately, Mike doesn’t travel anywhere without his trusty battery pack, and had the Jag up and purring in short order.: 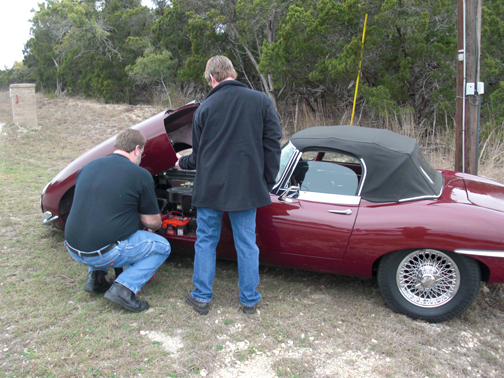 Once the XKE was safely positioned on the lift, Mike gave the group a nice presentation on the basics of automotive electrical and charging systems. 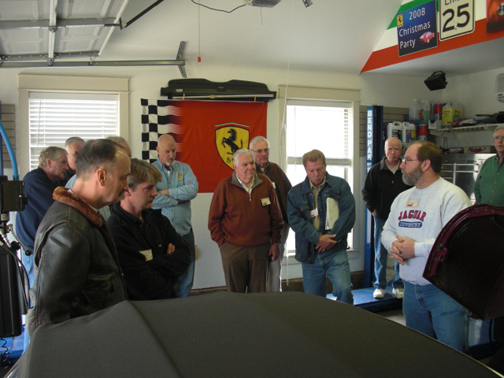 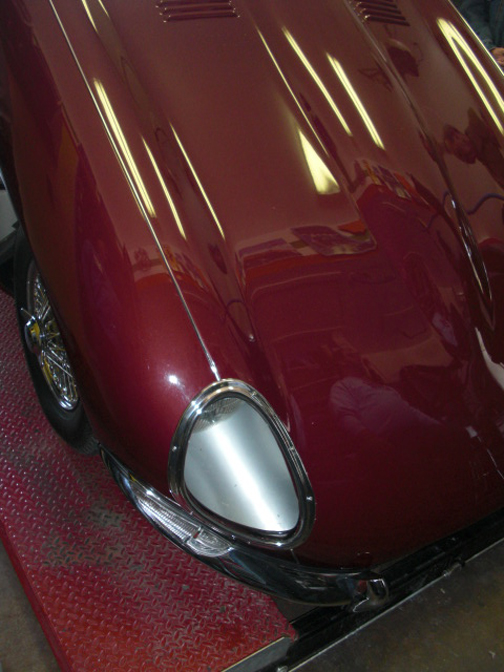 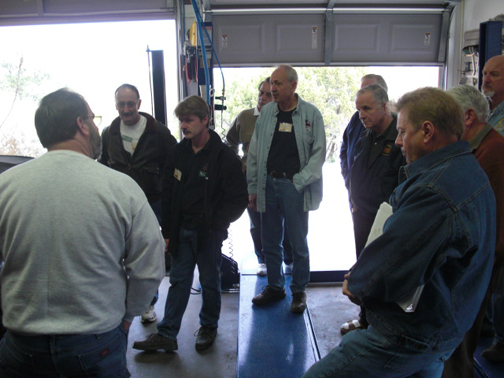 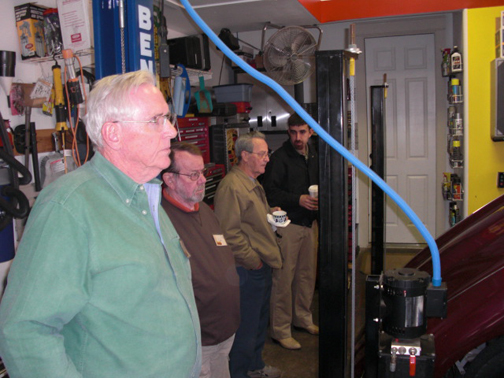 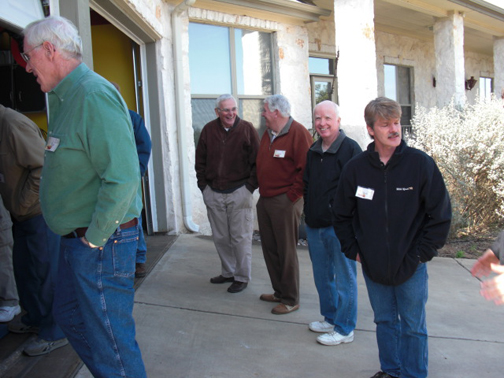 During the session, Tony Temple, our intrepid president, made himself useful by cleaning up after the breakfast crowd.  Thanks Tony! 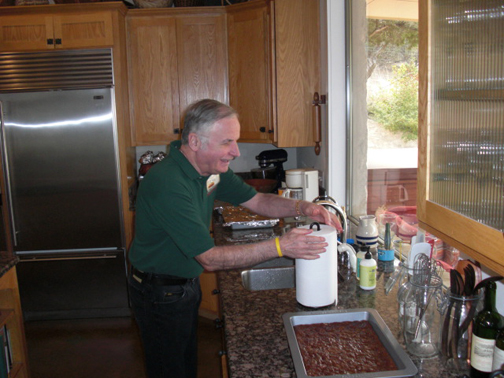 Finally Michael departed from theory, and focused his attention on the real issue with Mark’s car:  the almost-new battery seemed to go dead with alarming frequency.  With help from Manny, Norm, Jay and several other sidewalk superintendents: 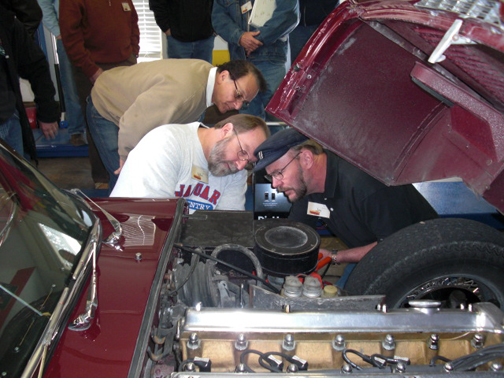 it was concluded that the problem resulted from 50 year old wiring harness combined with a bad generator.  Afterward, Michael moved on to resolving a similar electrical problem with Martha Davis’ beautiful XJS convertible.

Finally, the ladies returned from Wimberly, with their new acquisitions/”investments” in hand, and everyone converged in the great room for a great lunch and much garage talk.  Many thanks to Roy Cannon for being the driving force behind this event, and for Michael Shafer without whose knowledge and skills this event couldn’t have been accomplished! 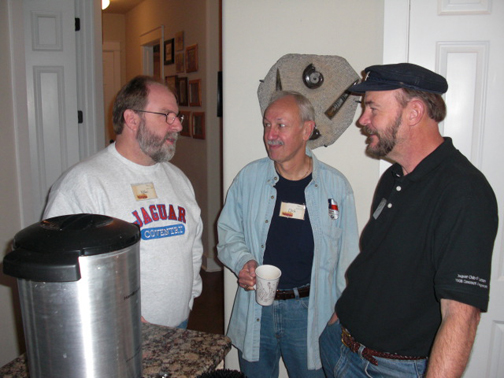 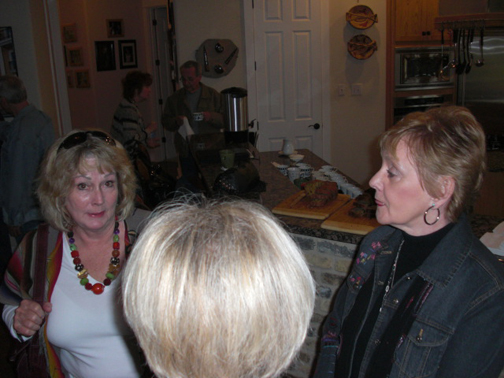 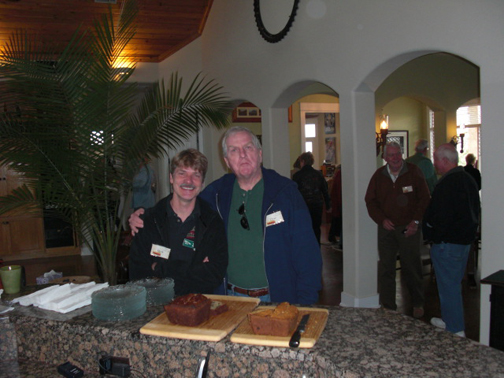 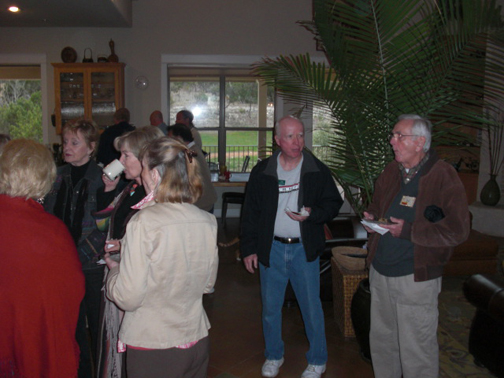 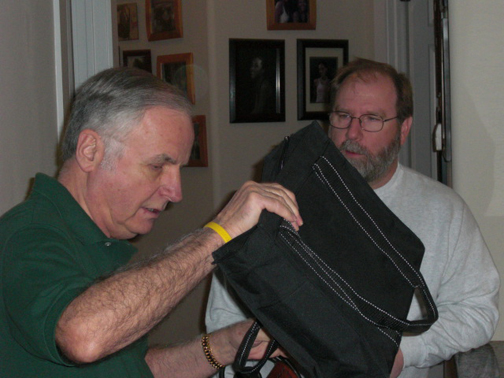