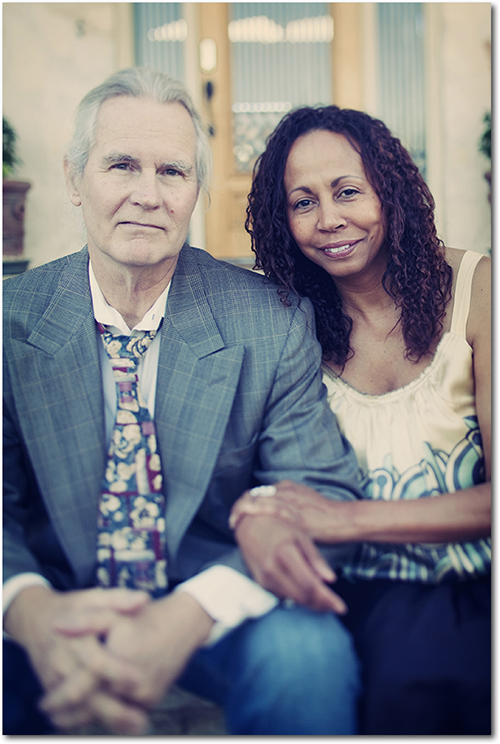 2011 marks our 7th year here in our “second” paradise on our little two acres on the outskirts of Austin. It seems like just yesterday that we left our long-time home and business in Hawaii and made our way to Austin.

This year has been very good to both of us.  Dorothee’s persistence with her new career as a realtor is finally paying off.  Even during this horrible economic slowdown, her business is taking off as she makes more and more contacts.

To some extent, the new housing and home lending slowdowns have aided our own small ventures into investment real estate, as we have seen rental rates increase substantially, and occupancy rates of our properties at 100%.  We have been blessed with a (currently) great group of tenants, many of whom we’ve become good friends with.

Phil’s new band, Evolution, has had a number of live performances this year, including numerous appearances at our fav Cajun food joint Evangeline Cafe;  Domingo’s Mexican Grill (for whom Phil performs all the entertainment booking services); a wedding; and an outdoor classic car show at the Hill Country Galleria; as well as our annual Jazz in the Canyon (more about this later). 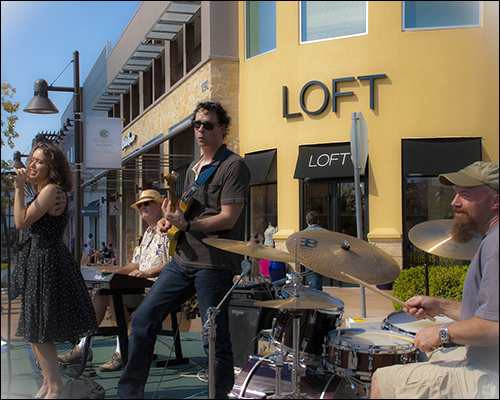 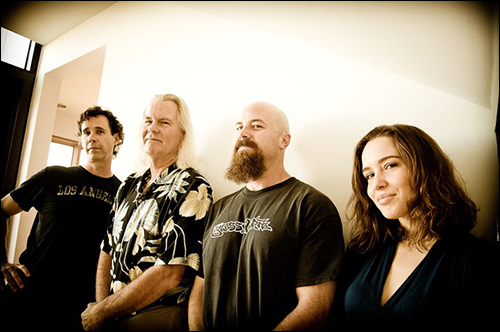 One sad moment of our spring was the demise of our 19 year old family cat, Milo.  Milo was lucky to have survived all the critters in our neighborhood.. foxes, roaming dogs, other cats, etc.  In spite of many close-call scraps, scrapes and vet visits, Milo soldiered on until old age finally did him in.  He died peacefully one morning, and earned a place in the family “graveyard” on the premises.

Of course, no family should have to rely on a single pet for companionship, and we are no exception.  Our Whippet, “Veloce”, was joined last year with a new sidekick, “Cicero”, a German Short Hair Pointer.  The two dogs couldn’t be more different.  Veloce likes to just hang out in the house and sleep most of the day, while Cicero has boundless energy, and is happiest outside fulfilling his “pointer” heritage by chasing and barking at squirrels for hours on end.  The “boys” have over 2 fenced acres to call their domain, and they are a happy and pampered pair! 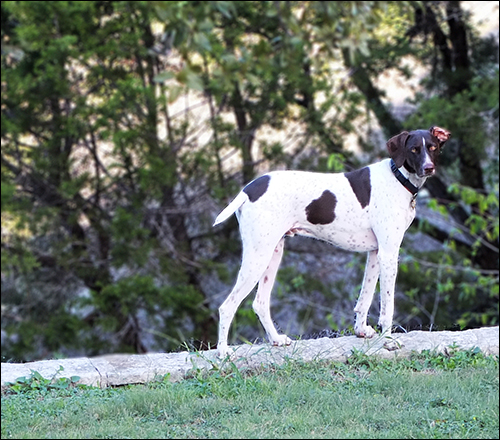 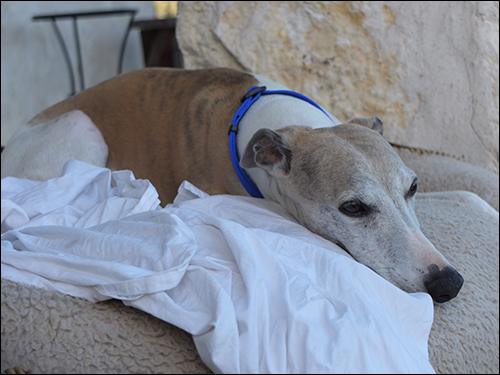 In May, Dorothee and I decided to plan what we hope to be an annual event… a car trip.  Our route for this year was a Southwestern one:  Albuquerque, Santa Fe, Moab Utah, and Southwestern Colorado. 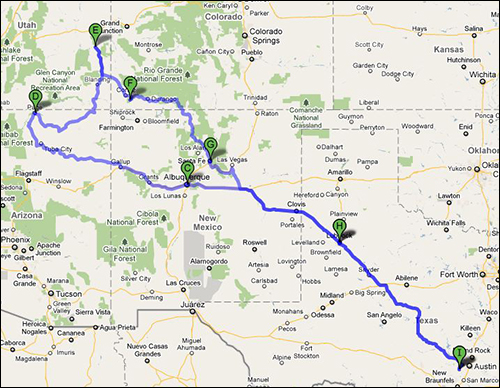 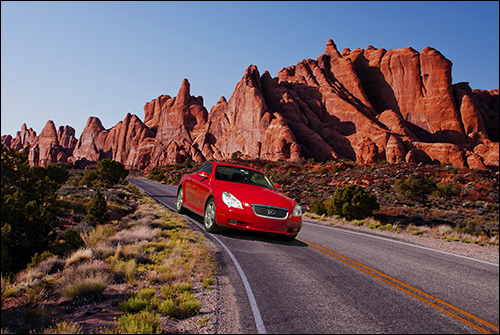 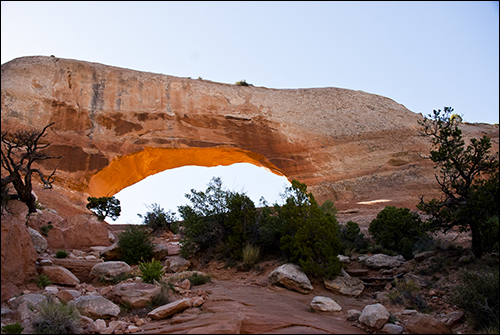 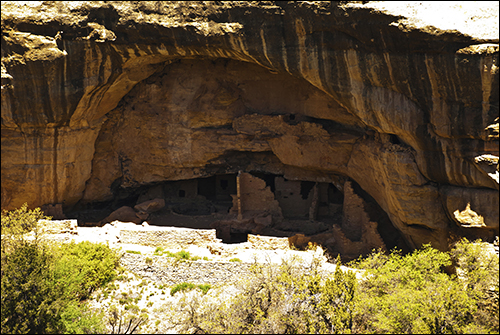 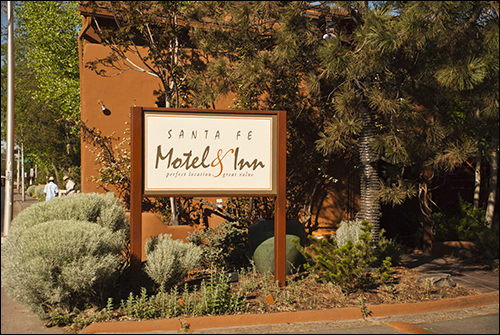 Our summer was a quiet one…  mostly hunkering down inside the house to defend ourselves from the most brutal summer ever.  With temperatures over 100 degrees for some 60+ straight days accompanied by a lack of rain, all living things, both human, critter, and plant, suffered.  We lost many healthy plants on our property, but considered ourselves lucky compared to some of the surrounding properties.

One highlight of Phil’s summer was his friend Doug Chamber’s acquisition in June of a huge (for us) 3,000 sq foot metal workshop for our car repair and maintenance hobbies.  Much to Phil’s delight, Doug invited him to be a co-occupier of the new space.  They  had been sharing a much smaller rented space for over a year, and had sorely outgrown it.  The new facility is located near the little community of Henley, a mere 15 minute drive from home.  It sits on 2 acres, and features a concrete-walled compound where currently some 14 or so vehicles are located. 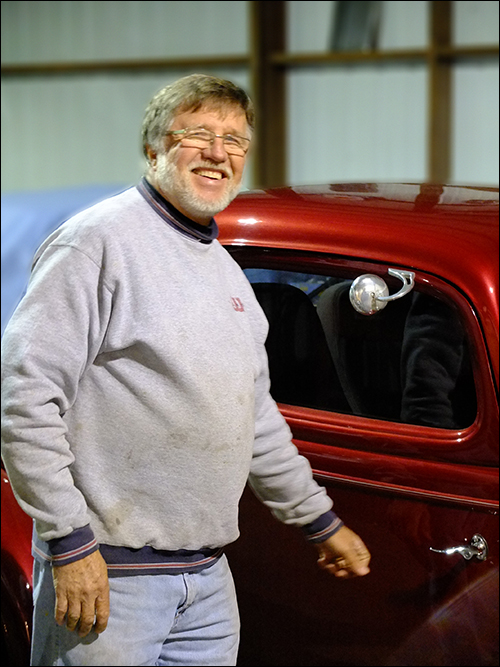 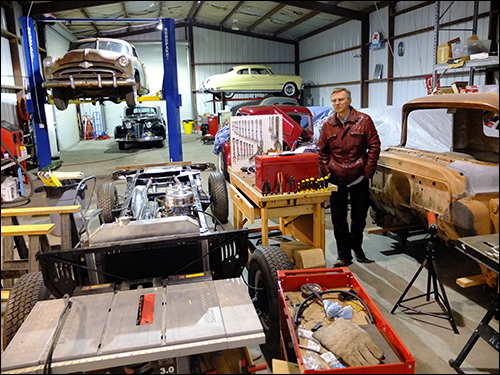 On the subject of classic cars, no year would be complete without addition of a car or so to the Auldridge garage(s), and 2011 was no exception.  First came “Mater”, our pristinely-original 1950 Studebaker 2R11 pickup truck.  It arrived from northern Colorado straight from a farmer’s field, and had been pretty much unmolested or repaired since new.  The truck is in surprisingly good mechanical condition, and the plan is to retain the original exterior “patina”  (i.e., rust and rot), while insuring the mechanical reliability underneath. 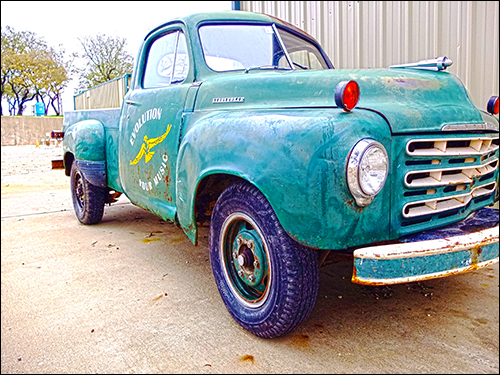 Then, in May, while on our Southwest car trip, we located (via internet) the perfect addition to the classic limousine fleet:  A 1940 Cadillac 60 Special Sedan.  This car was located in Syracuse, NY.  The young owner had purchased it a few years prior from the original owner.  The car is in remarkably excellent physical condition, and came with its all-original interior (serviceable, but to be replaced for the discerning limousine clientele).  The car had a number of mechanical issues which had prevented the owner from enjoying it.  Undaunted, Phil rolled up his sleeves and managed to whip the car into shape, as a reliable, comfortable, and enjoyable cruiser! 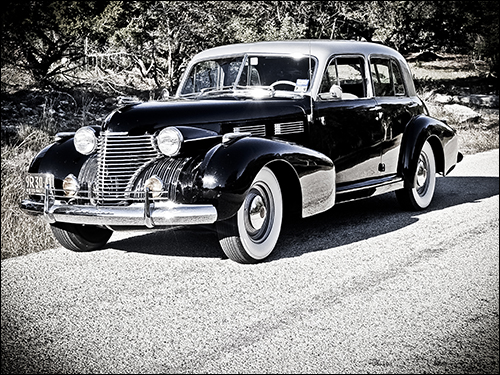 In June, shortly after our return from the Southwest, the ’51 Hudson Hornet suffered a transmission meltdown, leaving Phil and the car stranded right in the middle of the busiest highway in our area!  After having the car towed home (a common scenario, given the age of most of our cars), it was determined that the automatic transmission in the car had “terminal” issues.  Consideration was given to having the automatic transmission rebuilt, but Phil had never liked the shifting manners of the first generation Hydramatic automatic.  In a temporary state of insanity, he decided to convert the car over to a Hudson-period-correct 3-speed manual (3-on-the-tree)  transmission with overdrive.

What followed was a six month mechanical adventure, involving acquisition of a “donor” 1952 Hudson Pacemaker, rescued from a field in Northern Texas, which had the needed mechanical components. 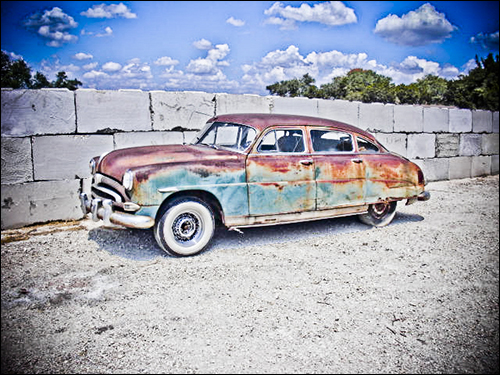 This tedious project required quite a bit of fabrication, as well as transferring the clutch and column shift mechanisms, transmission and overdrive, and rear axle from the Pacemaker to the Hornet.

The process also required a full rebuild of the transmission, clutch, and pressure plate, as well refurbishing of  the entire braking system.This project couldn’t have been completed without the support, expertise, and assistance of Phil’s good friends and fellow “Hudsonites”, Ken Cates of Waco, and Russell Chilton of San Antonio. 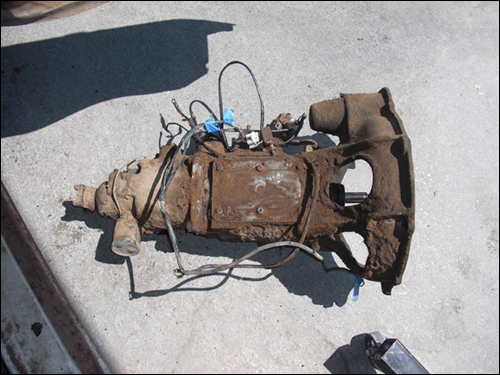 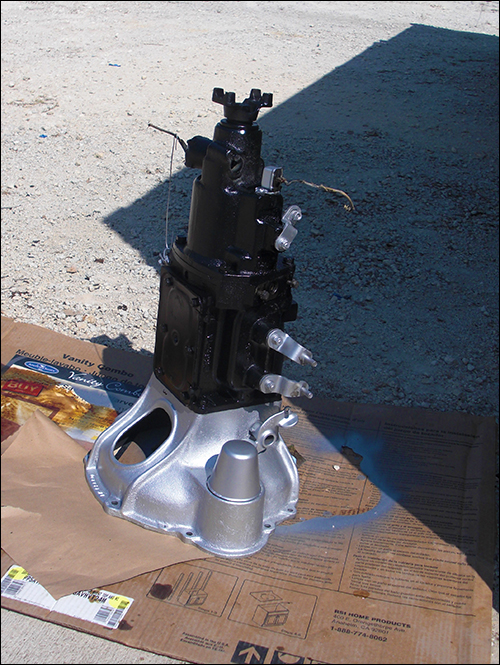 The end result is a sweet-running, smooth shifting highway cruiser for the coming spring! 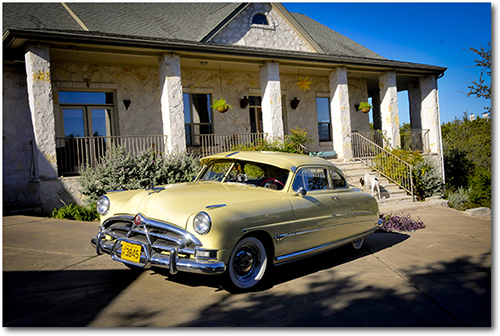 Finally, after a near-20 year hiatus from motorcycle riding, a nice ’78 BMW motorcycle found its way into the garage: 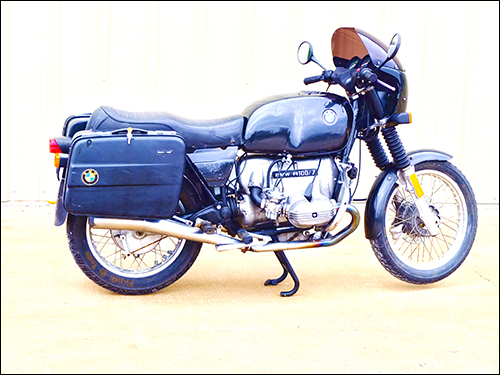 Our annual Jazz in the Canyon celebration is always a highlight of our year, and this year’s 5th annual, held on November 6,  was no exception. 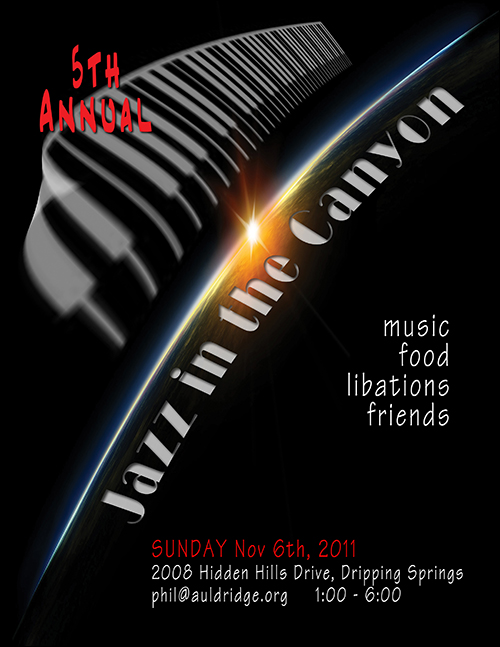 Phil’s new band, Evolution, performed at the event.  The best part was attendance by Phil’s daughter, Deirdre, a Dallas-area resident, and her mom, Elaine.  Equally noteworthy was the arrival of Phil’s longest friend, Tom Ryals from Virginia: 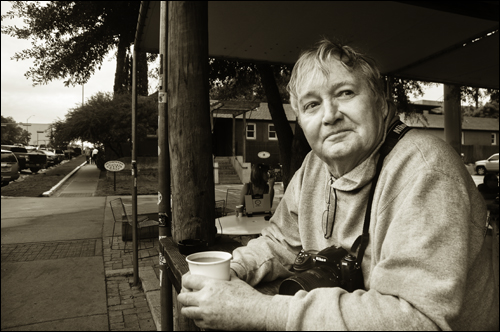 as well as dear friends David and Shree Mickelson from Connecticut, whom we met on a trip to Havana, Cuba a few years ago. 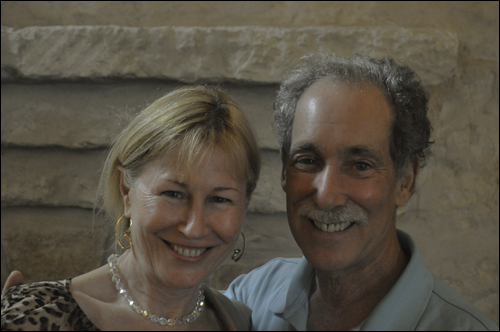 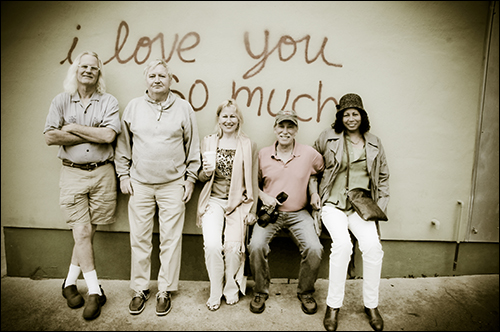 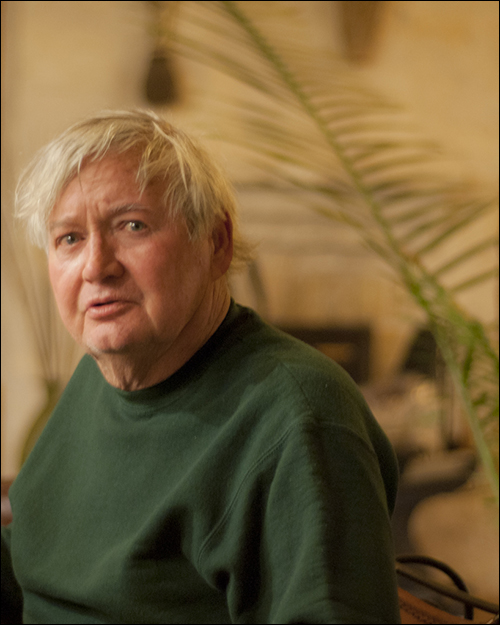 TOM RYALS (No, he isn’t as grumpy as he looks!)

Tom is a professional videographer, and did a wonderful job of capturing the entire event on video, most of which can be viewed from our band’s website at: www.Reverbnation.com/evolutionAustin

The music videos are in the lower right section of the web page.

The final icing on the cake for the year was the surprise visit in early December of our friend Dietmar Panten, from Munchen, Germany.  Dietmar is a senior captain for Lufthansa Airlines, and had a 2 day layover in Los Angeles.  We were honored that he took the effort to commute from L.A. to Austin to spend a treasured couple of days with us! 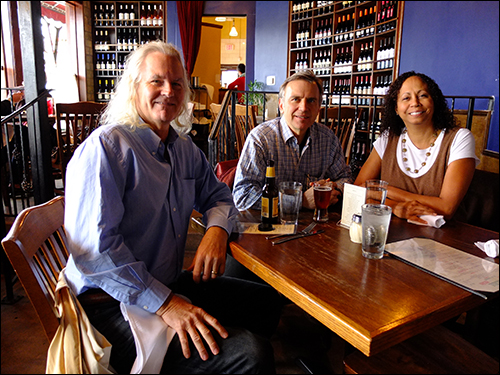 From still-almost-green (as of Dec 10) Dripping Springs, we wish you all a wonderful holiday. 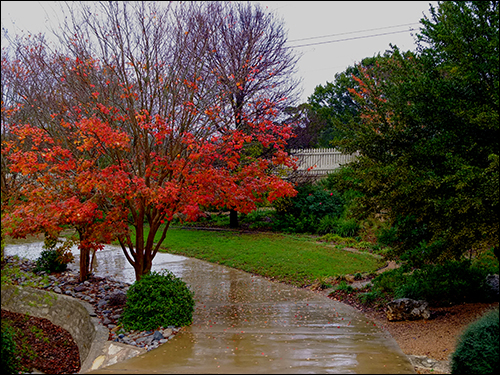 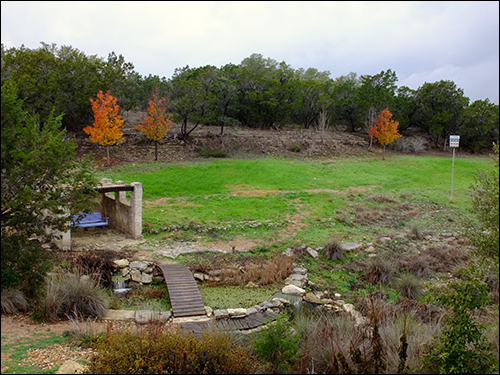