Today we decided to make the long walk to Parque Queretaro 2000 and then on to the city’s Costco store so Dorothee could stock up on provisions.  On the map, this park promised to be intriguing, as it looks to encompass one of the larger areas of any of the parks or plazas in the city.

Walking up Calle Invierno toward the Parque, our earlier impressions of Queretaro being a “spic & span”, daily-swept city, were dashed.  It appears that government-funded tidiness only applies to the “Spanish” side of town, as the streets, gutters and sidewalks in this area were littered with paper and other refuse. 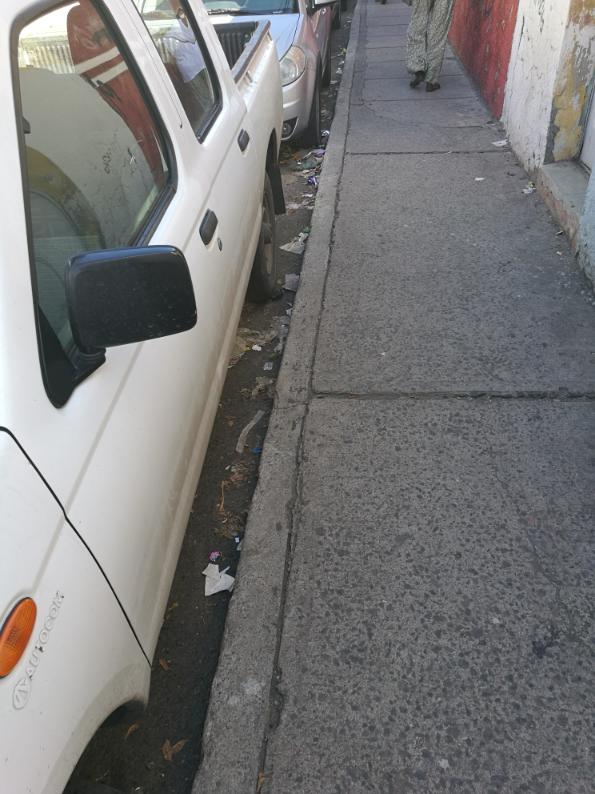 Nevertheless, this section of the city provided an interesting glimpse of subsistence living.  The entire blocks-long Calle Invierno was teeming with residents and their swap-meet-esque sidewalk vendors, hawking everything from live birds to used automotive tools. 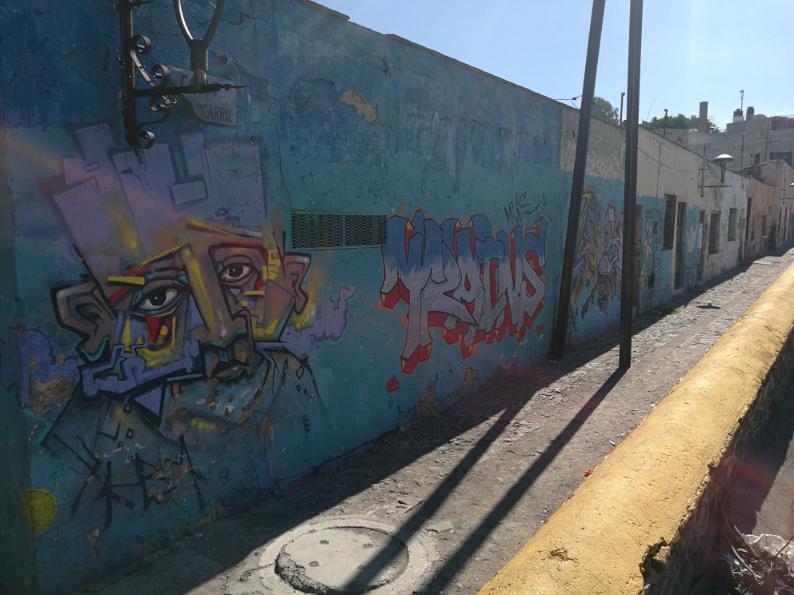 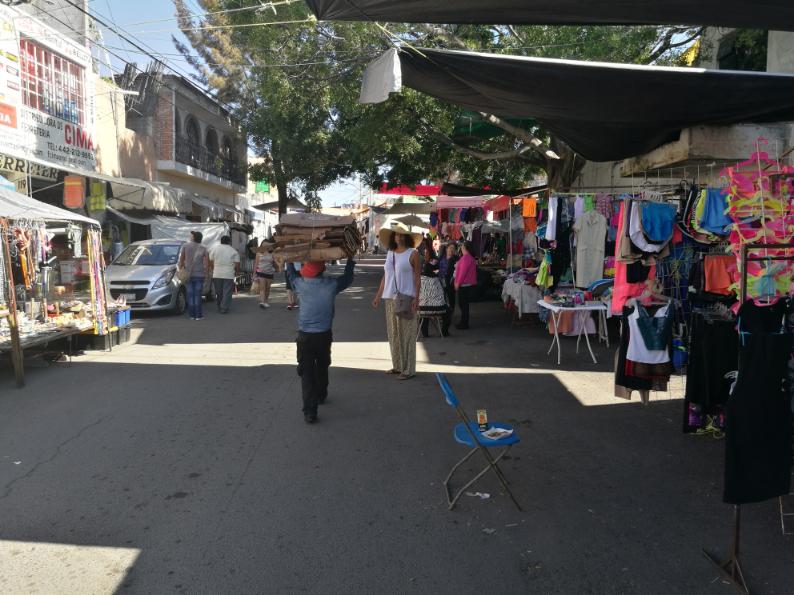 The Parque itself turned out to be a disappointment.  Although reasonably-well maintained, there were few trees and even fewer visitors.  And the small lake shown on the map turned out to be more of a raised reservoir, with no real access to the water.

So, we continued our trek on down to the Costco, a huge facility not unlike any found in the US, save for the gated parking lot, which required a validated ticket and Costco purchase for egress.

Dorothee, in her customary kitchen organization mode, managed to fill a good sized shopping cart with provisions for the week (hooray!), a good move, as the only real source of food in the historic district is either the distant, traditional El Mercado de la Cruz, or the ubiquitous-but-sparsely-stocked OXXO quick-stop stores found on every street.

It was obvious we were not prepared to lug 2 big boxes of our purchases home some 4+ miles on foot, so we opted for the first time since our arrival to call on Uber.

The Uber process couldn’t be simpler.. pull up the app, enter our destination, learn the price (a bit less than $4 US) and press the button where payment is instantly extracted from our Paypal account.  Then a map on the app shows OUR uber driver’s progress, a picture of the driver, and a description of his car!

Saturday evening found us back downtown for yet another and different performance of the Jazz Festival, where we made our way to Plaza Fundadores to see female vocalist Magos Herrera perform her free form vocal stylings (in Spanish) with piano/bass/percussion accompaniment.

The evening was capped off with a nice pizza at El Vino along one of the pedestrian-only esplanades (Calle 5 de Mayo): 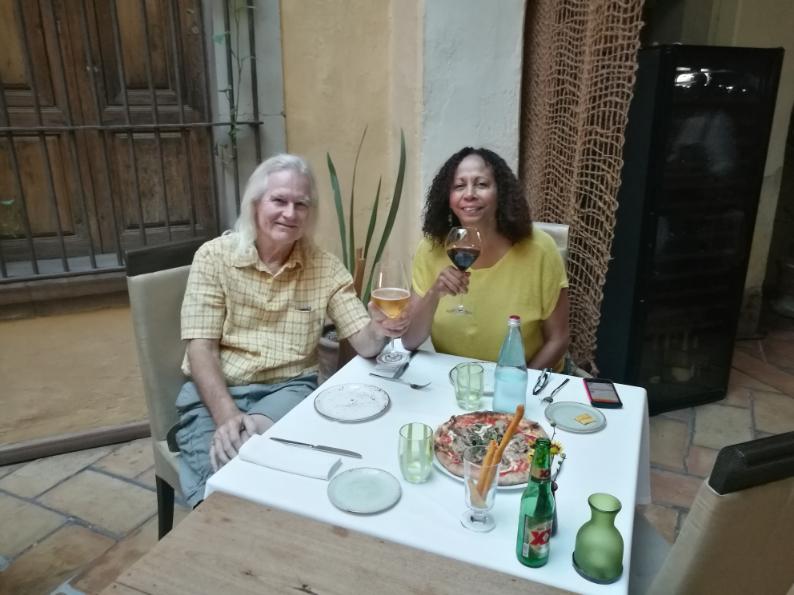 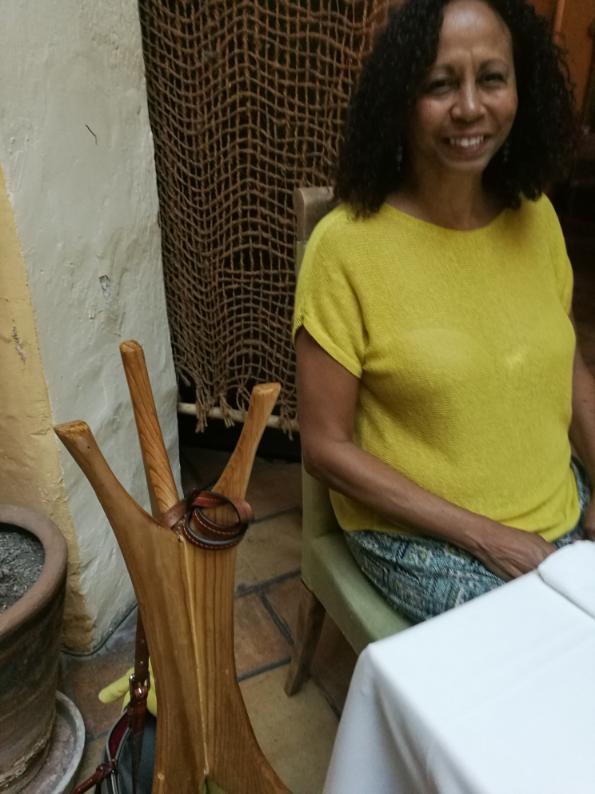 A “Bolsa” stand for your purse. Universally provided at every decent restaurant. Apparently even locals don’t want to set their purse on the floor! 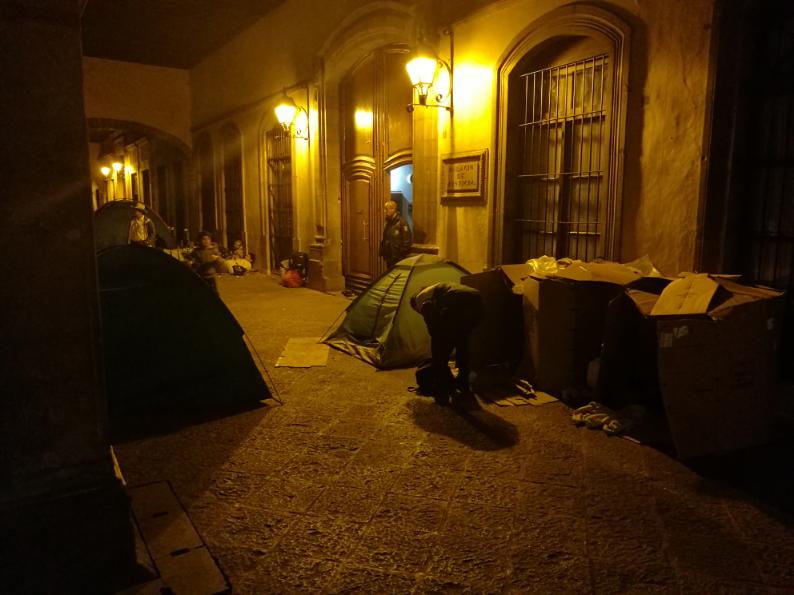 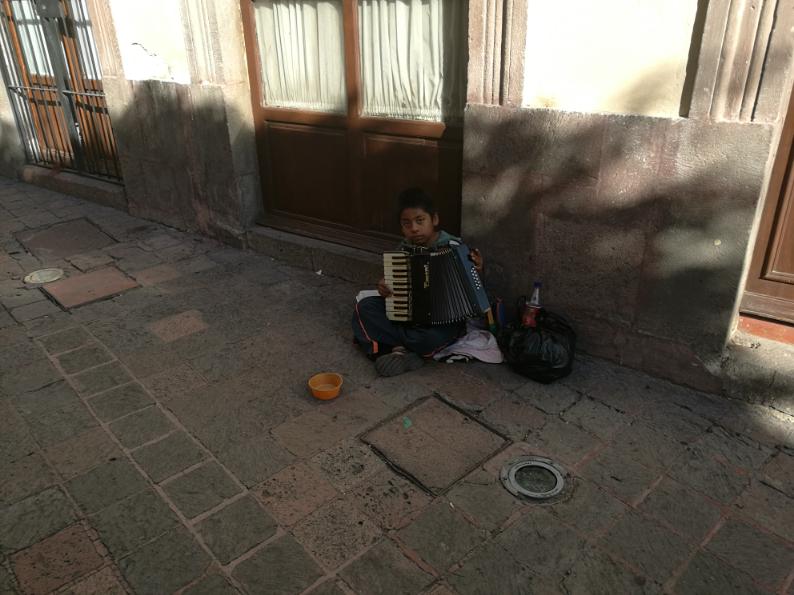 We observed this young fellow on a daily basis, at his post from morning until very late at night

This morning we walked to El Centro again, as usual.  I needed to stop at my favorite pasteleria, “Tarlet’s Cafe” to pick up my daily “crumpet” provisions, and then we called Uriel, our guide, and arranged to meet him at his “oficina” tucked away on a little pedestrian walkway, Mariano Matamoros. 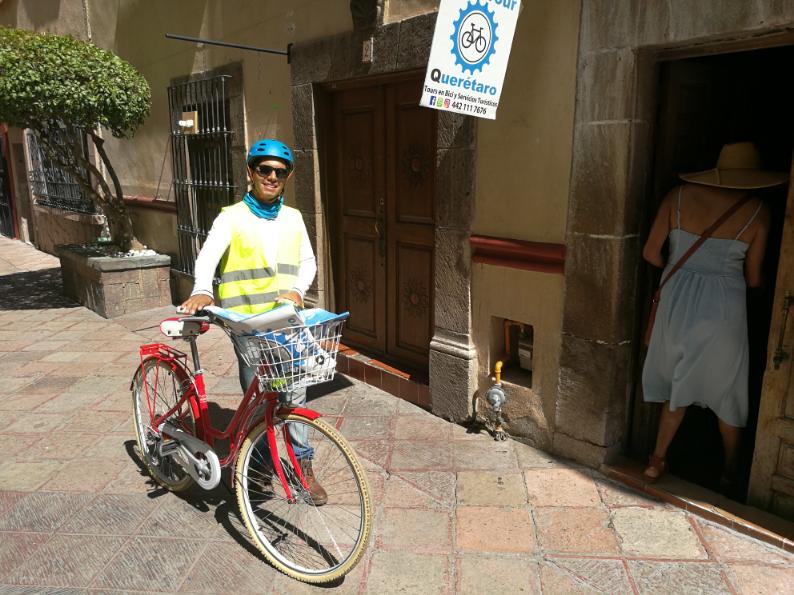 Uriel on his “marketing” bike

Fortunately, we survived our adventure without mishap.

We then made arrangements with Uriel for another car tour on Tuesday.. this time an all day trip to  Bernal, some wineries, and the village of Tequisquiapan (try repeating THAT 3 times quickly).  We will be looking forward to this trip (about $100 US total for the two of us)

Our day was just beginning, as it was now time for our second Uber ride, this time to meet local residents and friends of our Austin amigos Dean and Elizabeth Mericas.  Maria and Casimiro (“Casi”) Gonzalez live in a beautiful home in the nice community of Jurica, on the north side of the city.  They both turned out to be delightful afternoon companions, and insisted on taking us to their son’s restaurant, a Yucatan-pibil-style modern restaurant overlooking the surrounding hills.

The cold beer was flowing freely, and I found myself unable to keep up with Casi, throwing in the towel after 3 and a half bottles.  Fortunately, Maria was the designated driver, and she had chosen an interesting non-alcoholic rice-based drink for the afternoon.

Sadly, in the excitement of the afternoon, I neglected to take photos of either their beautiful house, or our outing.

Another perfect day in our new-found paradise!

Today earned us a well-deserved rest from Sunday.  We mostly lolled around the house all day, snacking on items we had picked up at the local OXXO store (you won’t find any HEB supermarkets here in El Centro).  At late morning, Dorothee bundled up our soiled clothes, towels and sheets into two large bags, and we walked the half block to the nearest Lavadero/Tintoreria to learn that our 10 pounds of clothes will cost a bit under $4 US, and would be ready for us by 7:00 the same evening!

It was a bit warmer today (80 F) so we decided to hang out at home until early evening, when we once again walked to El Centro to check out a sidewalk restaurant that always seemed to be pretty well packed, called “Chucho El Roto”.  Neither Google translate nor our waiter could give a clue as to what the name means in English  (the best we could come up with was either “Pooch”, “Mutt”, or “Broken Potato”.. hmmm)

A nice little trio was playing just 10 feet from our table.  There was another band playing outside as well at the adjoining restaurant.  We then observed that not only do drivers observe the Uno A Uno practice of one at a time, but the bands seem to do as well.  One band would play a song, then take a short break while the adjoining band played one, and back and forth.  it makes such perfect sense, as neither band is competing with the other, and diners get the privilege of enjoying both bands.

At one of the mini-breaks, I went and chatted it up with the keyboard player, who mercifully spoke some English, and mentioned I was a keyboardist as well.  The group enthusiastically invited me to sit in on a song, and then later called me back for a second.  Everyone seemed to enjoy it, and the band asked me to come back the following evening and play again.

Here’s a quick video that Dorothee made: