Today we gave ourselves permission to rest.  We had a leisurely morning a la casa, then a leisurely stroll down to the plaza(s) for desayuno, then back home for an “administrative” day at our respective computers.

The day completed rather inelegantly with a mediocre meal at one of the Mexican restaurants just off Jardin Zenea (in spite of encouraging Yelp revues).

We notice a common item on many menus to be grasshoppers, and I am determined to try it (however disgusting it might sound) but Dorothee isn’t yet sold on the idea!

Things we have observed thus far that differentiates Queretaro from home:

To make up for our lazy Thursday, we struck off early on this morning, back to the Plaza (Jardin Zenea.. our favorite go-to spot).  First stop was the Museo Regional de Queretaro.  I’m not a big museum fan, but I have to say this one was well worth the approximately $3.00 entrance fee! 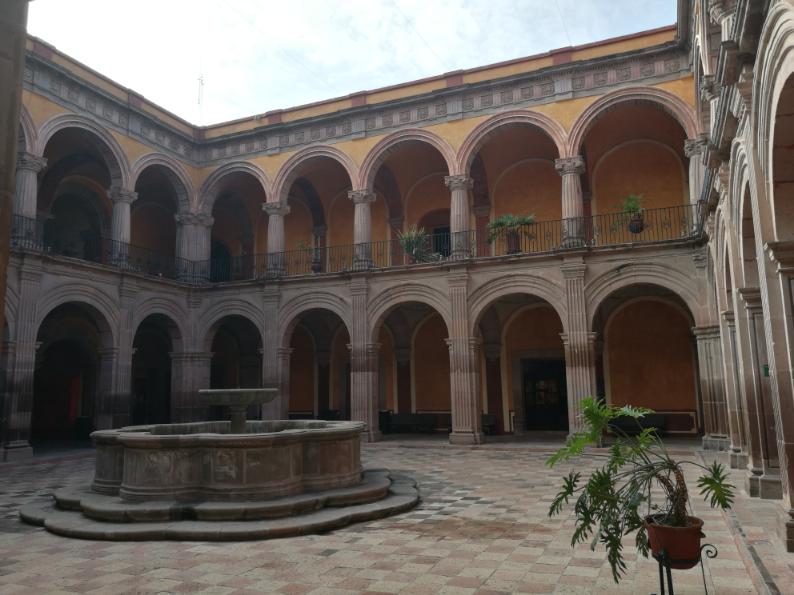 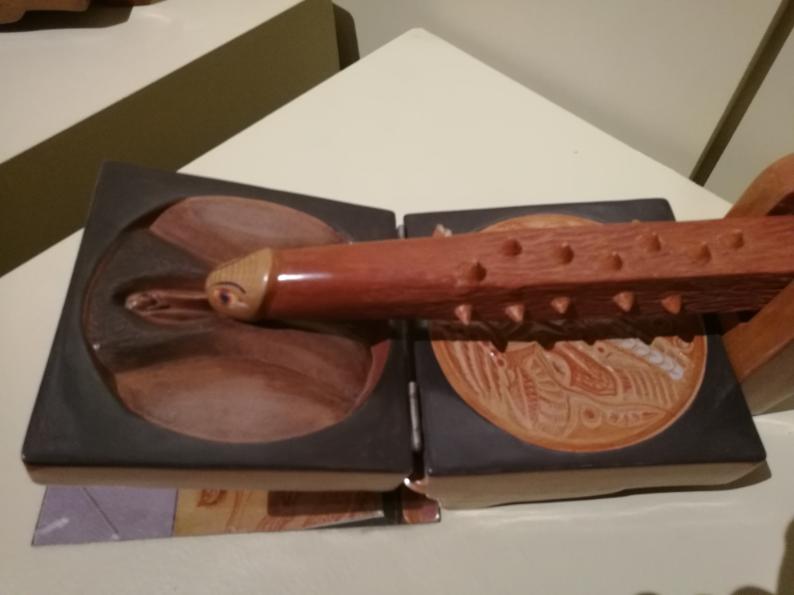 a VERY interesting tortilla press. Use your imagination 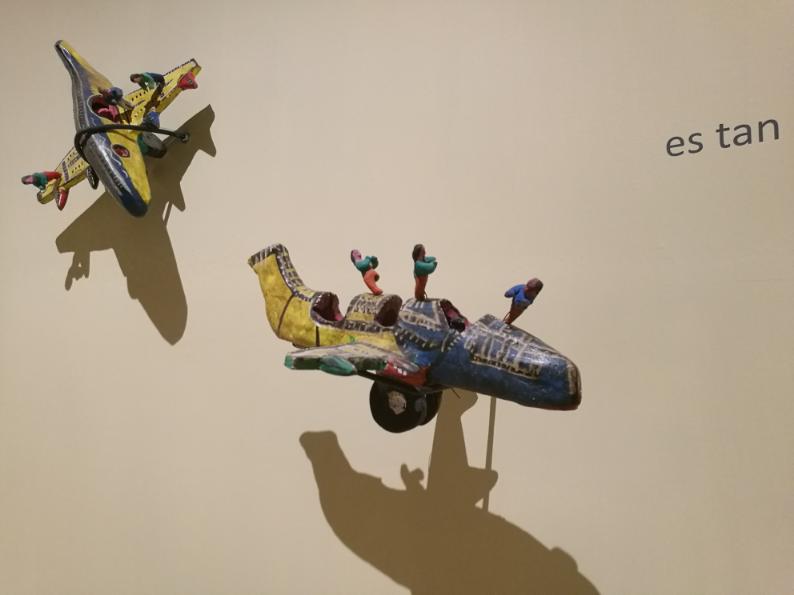 Afterwards, it was a wide walking loop to explore other plazas we hadn’t seen, most notably the Plaza Alameda.  It is just amazing how many beautifully landscaped and tree-covered parks and plazas are in the Centro. 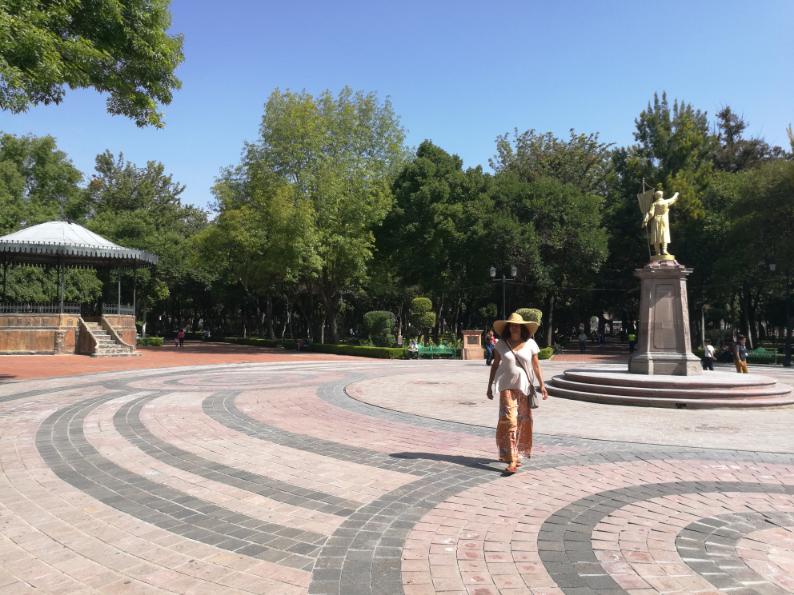 The best part of our day came at the end however, as we have vowed to attend as many of the Queretaro 2017 Annual Jazz Festival performances as possible (ALL, incredibly, free of charge).  First was a 5-piece “Bossa Jazz: group performing at the Teatro De Republica just 3 blocks from our house.  This beautifully-designed small theater features 3 separate u-shaped balconies, and, as might be expected, the house was pretty full! 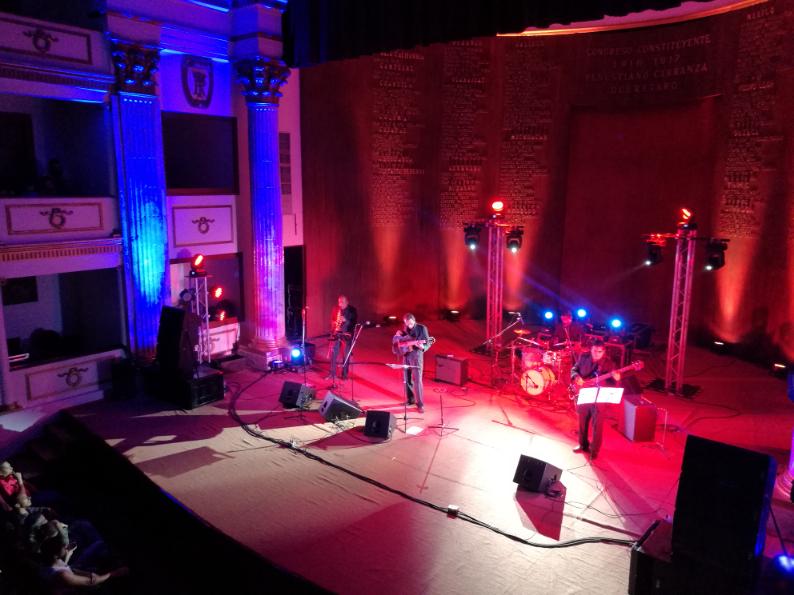 On the way to the next performance, we were treated to street artists in the Jardin Zenea:

Next it was on to Plaza Fundadores (Founders), where we saw and heard what has to be one of the most incredible jazz/funk bands I hve ever seen!  Called “Ensamble de Jazz de la Sedena” (yes, that’s the correct spelling).  Words can’t describe this group, so instead I urge the viewer to  check out each of these videos of partial songs I made at the event (Hint.. Press the “X” symbol in lower RH corner of the video playback for full screen viewing):

We learned afterward that all of the band members are actually active “enlisted’ personnel in the Mexican Army, which underwrites their full-time PR mission as musicians. (US Air Force Stage Band.. eat your heart out!)

After that mind-blowing performance, it was on to a wonderful late-night meal at a sidewalk cafe on the Plaza de Armas, with music groups playing at almost every outdoor venue around the Plaza. 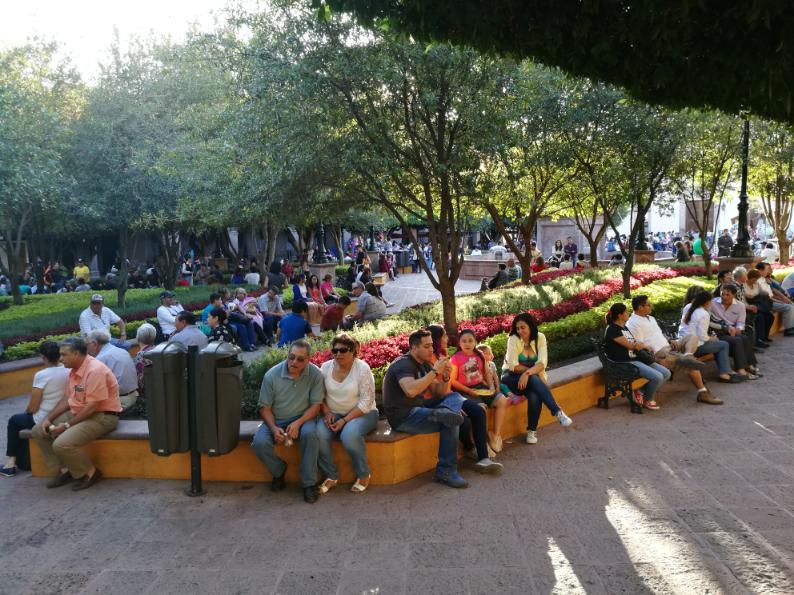 Finally, at almost midnight, on our way home, we encountered a crowd being entertained by yet more street performers.  The choices are sometimes overwhelming: