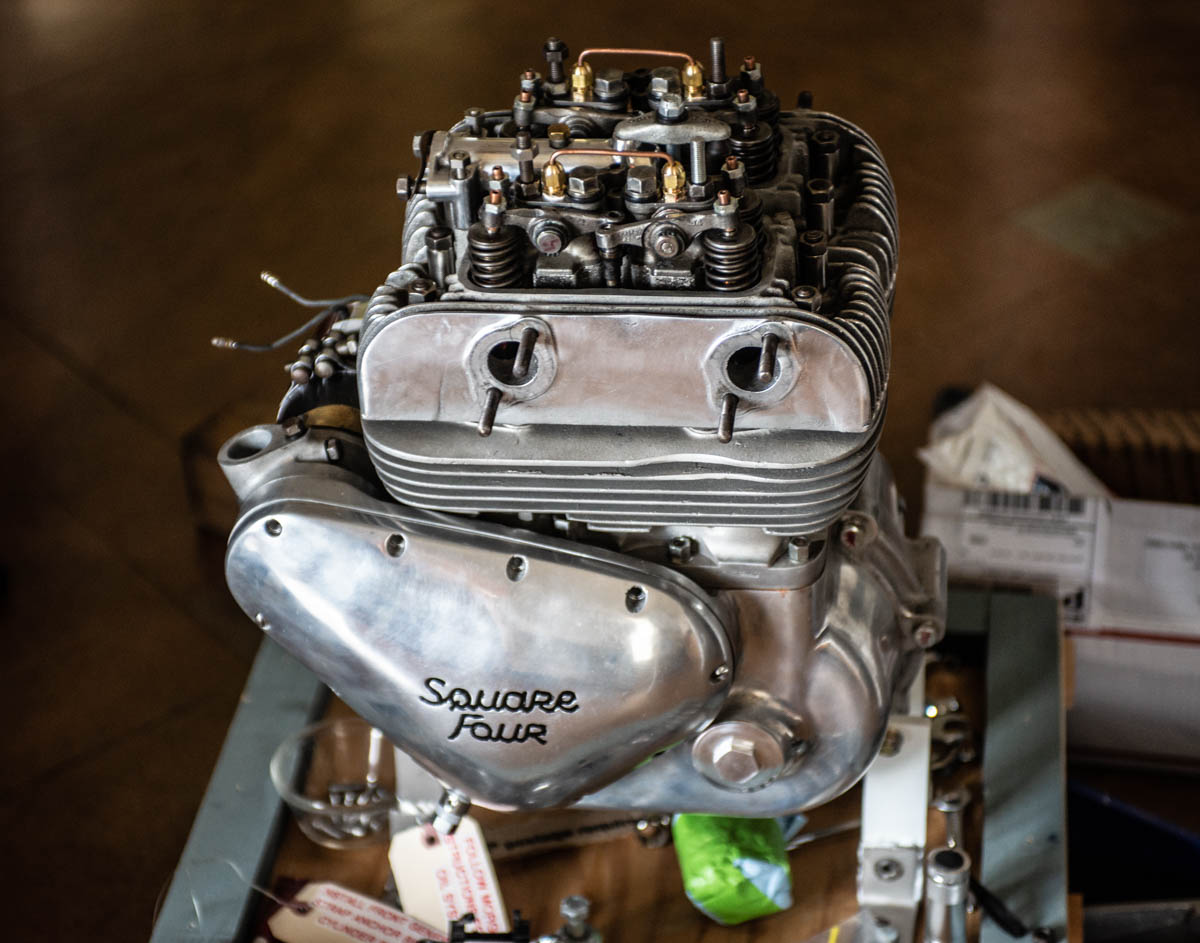 Almost 2 years ago I realized a long-time dream.. acquisition of a 1953 British Ariel Square 4 motorcycle. Mine came sight-unseen from an East Coast owner, who represented the engine as having been “overhauled” less than 2,000 miles ago. 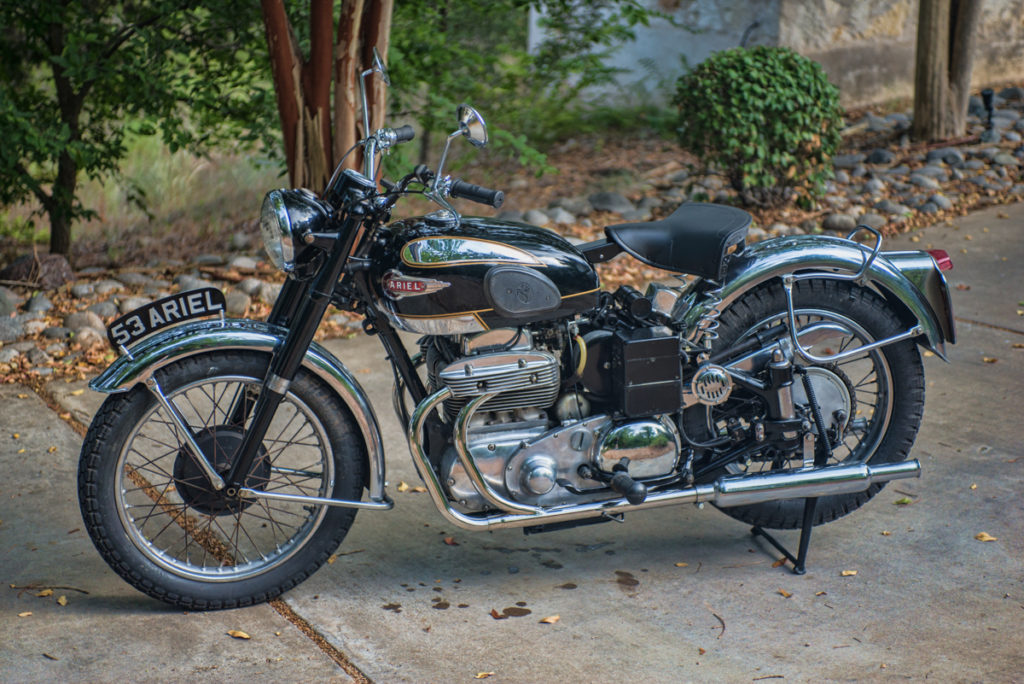 Overall I was pleased with the initial physical condition of the bike. Not a show bike, but not a beater, either. As is my normal M.O., my first step was to join up with online owner websites, both the US and British clubs, and began to scour the forums for information on my new baby. I have made some modifications from stock, including fabricating of mounts for the “pedestrian slicer” front license holder, and replacing the original tandem seat for a new solo seat that I thought more befitting a 50’s British bike.

A common thread amongst Square 4 forum contributors addresses a well-known weakness with the engine: The oil passages and sludge traps in the crankshaft tend to clog up over time (the original bike had no oil filter), starving the rod bearings of oil, and ultimately leading to failure of a connecting rod.

Numerous experts on the forums cautioned me against operating the bike without disassembling the engine and confirming those passages were clear.

However, given the seller’s assertion of an engine overhaul, supported by extensive parts invoices, I decided to throw caution to the wind and ignore the warnings.

Alas, my poor bike suffered the same fate as countless others less than 4 months (and perhaps 4 short rides) after my purchase. On a short ride into our local village, I detected a knocking sound from the engine, and before I could stop, there was a loud clanging sound and the engine stopped dead. Yep.. broken rod.

Back in the shop, I began the sad task of separating the engine parts.  As soon as I had the head  off, I could see the extent of the damage.  The alloy rod had literally separated itself from the crankshaft journal, and the piston was reduced to a handful of small aluminum pieces: 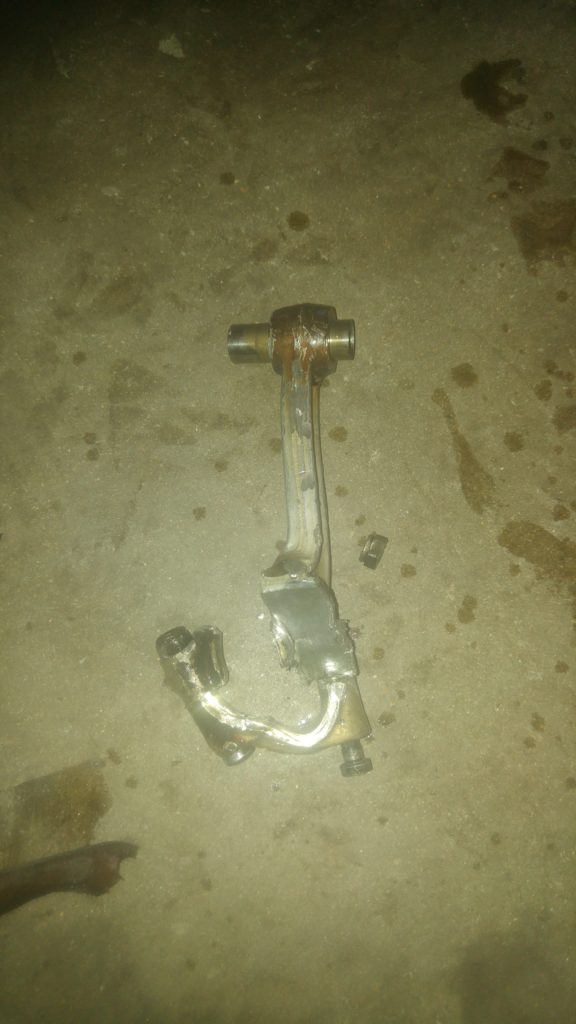 The rod was so mangled that I was able to fish it out of the crankcase, through the open cylinder: 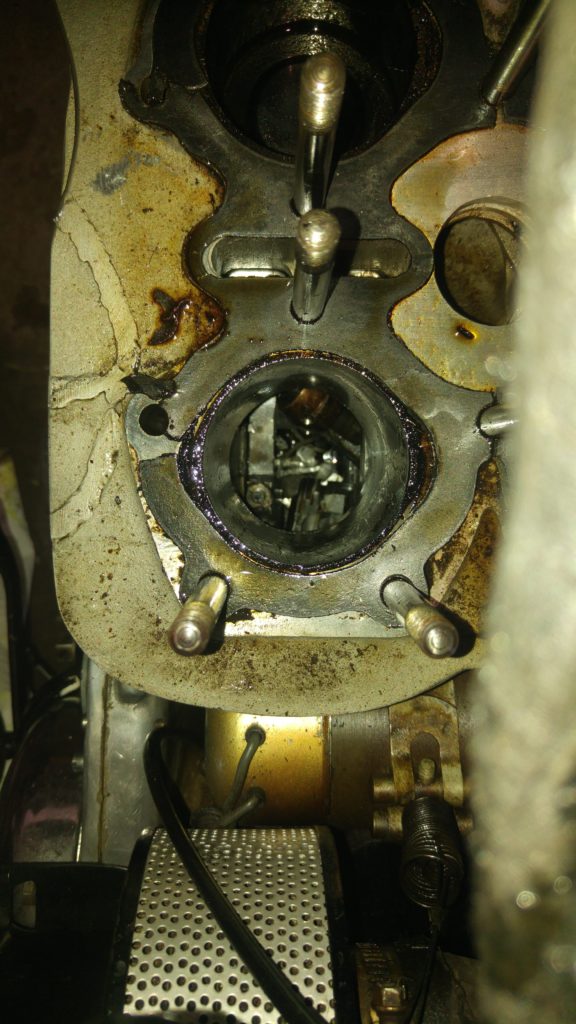 When the cylinder block was removed, it was discovered that the flailing rod had broken the skirt of one of the cylinder liners, as well as a bit of the surrounding casting in the block: 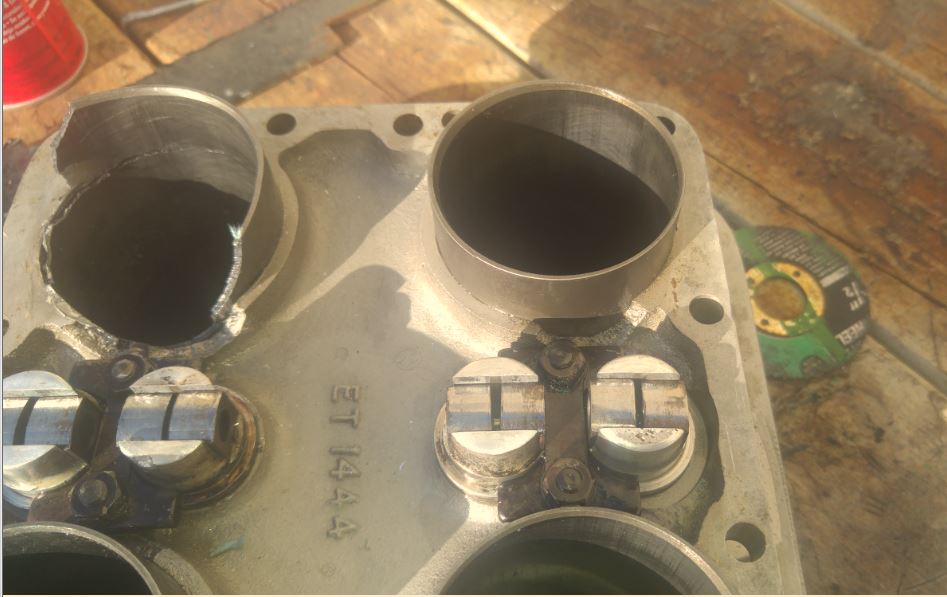 Surprisingly, I found that this was not the first such catastrophe to have befallen on this engine.  The “bridge” that helps to locate the upper crank halves was missing (a very common occurrence, and not particularly devastating), yet none of those pieces were to be found in the crankcase, nor the connecting bolts that would have been there.: 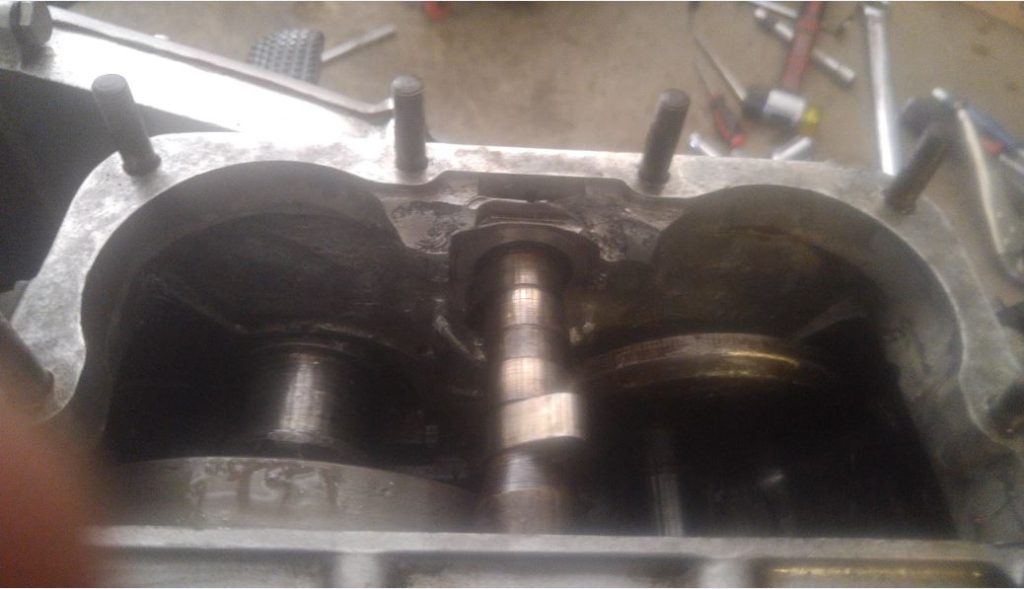 Many contributors have opined that this bridge was part of the original casting primarily to hold the cases rigid during line boring for the camshaft, and that its absence poses no structural concern, given the rigidity of the two case halves once the block is bolted on.

I did also find evidence of a previous aluminum patch having been welded into the bottom of the near side (drive side) case half.  So much for seller’s full disclosures!

Fortunately, it does appear that my engine is rebuildable, and I am well along that journey.  I have gone for a full rebuild, which includes new pistons, rings, valves, guides, springs, rods, and all new lower end bearings.

Currently my cases are at the machinist awaiting line boring for the crank bushings, then hopefully some time this spring my Ariel will be back on the road, likely better than new.

While waiting, I have opted for new stainless wheels and spokes, new tires, new wiring harness, new brakes and powder coated brake hubs, and rechroming of most of the appropriate parts.

Be sure and visit the GARAGE section on the Ariel, for further details and restoration update, including documents describing engine rebuild techniques: